Brian Less talks in a press conference about his daughter, Dayna Less, a 24-year-old pharmacy resident who was among four people shot and killed at Mercy Hospital on Monday.

Dayna Less was leaving an elevator while working as a second year pharmaceutical resident at Mercy Hospital and Medical Center, when a criminal shooter killed her with a shot from a handgun Monday afternoon, November 19, 2018.

Her father explained the following day in a press conference that Dayna Less was engaged to be married to her fiancé, Adam, and was planning their wedding next June 2019 in Schererville, Indiana.

Dayna graduated from Lake Central High School in St. John, Indiana and later graduated from Purdue University. She also spent time traveling and working at a hospital in Kenya.

Dayna’s father, Brian Less, said in the press conference, “The family of Dayna wants to let everyone know that she should not be remembered as a victim, but as a beautiful daughter who overcame adversity and dared to succeed in a tragic world.”

Brian Less said her daughter overcame a headache disorder when she was a teen. “She realized then that she could not sit still and only wanted to help others and the less fortunate.

Dayna and her mom, Teena, published a blog, www.mydaughtersheadache.com, and helped hundreds of children with a similar affliction find hope and help. She loved helping others.

In an effort to help others, Dayna’s blog explained her treatments, her reactions and side effects. Brian Less said he wanted people to check the blog.

Brian Less added, “I want to thank God for the Chicago Police Department whose officer laid down his life to protect others at Mercy Hospital. If it wasn’t for them, you may be doing 20 press conferences, not one or two or three.”

Dayna Less had a bright future in front of her; a second year of her pharmaceutical residency at Mercy Hospital, and a June wedding to her childhood sweetheart. CBS 2’s Megan Hickey reports. 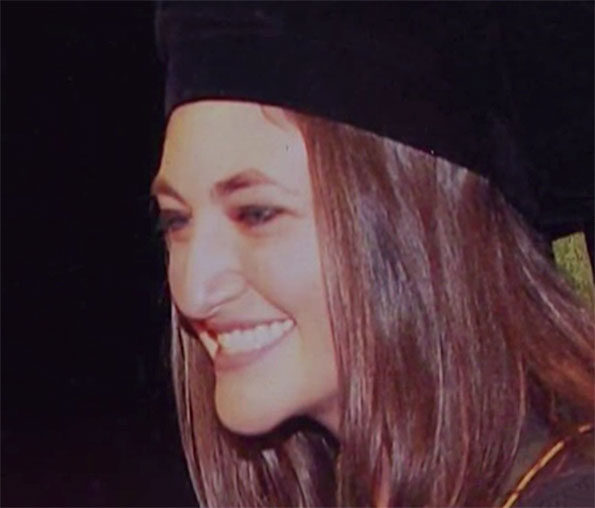