Ken Koeppen was appointed Fire Chief in late-March 2014 after serving as Acting Fire Chief following the February 2014 retirement of former Chief Glenn Ericksen. Ken Koeppen served in several leadership roles within the fire department including Deputy Fire Chief since 2005, Fire Commander from 1998-2005, and Fire Lieutenant from 1995-1998. Prior to working 24-hour on/48-hour off shifts as Fire Lieutenant, Ken Koeppen served as a firefighter/paramedic since he joined the Arlington Heights Fire Department in 1980.

Ken Koeppen was honored with the Police Department’s Lifesaver Award on March 20, 2014 at the L.W. Calderwood Officer of the Year banquet. He received the award in recognition of his quick action in rendering aid to Police Officer Michael McEvoy, who was shot in the face during a hostage situation that occurred on December 12, 2013. Koeppen was visiting family at a nearby home when he noticed flashing lights outside. When he ran outside to offer assistance, he saw Officer McEvoy lying unconscious on the ground with severe bleeding from his neck, and went work to control bleeding and other emergency medical assistance. Koeppen and police officers that were first on scene were credited as being crucial in saving McEvoy’s life.

During his tenure, Ken Koeppen supervised, trained and evaluated Fire Department staff, implemented and managed operational procedures of the Department, oversaw arson investigations and responded to a variety of emergency and non-emergency incidents including fires, medical injuries and illnesses, and hazardous material spills. 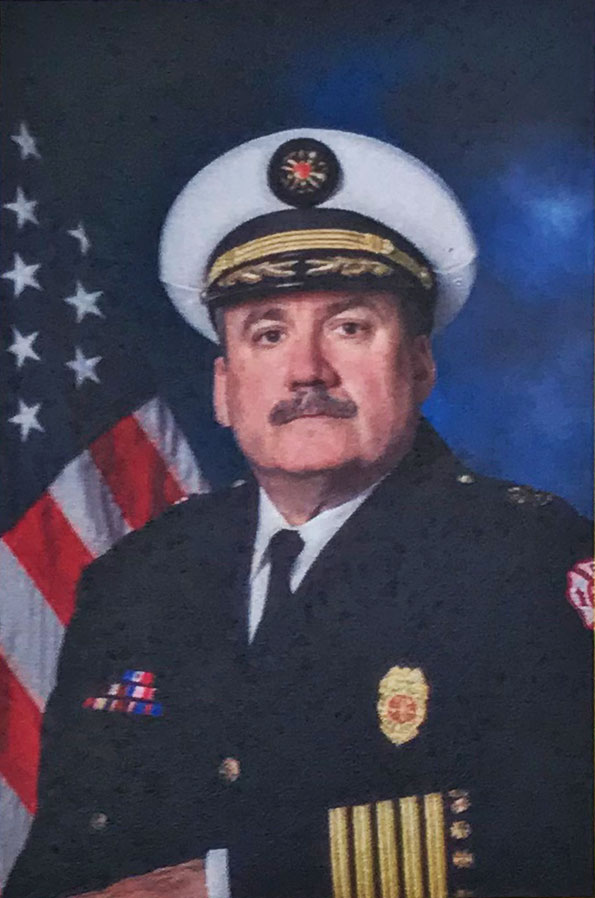