Cardinal News measured a total of 8.625 inches of snowfall in central Arlington Heights from the time period of about 2:00 PM Sunday November 25, 2018 until 8:00 AM Monday November 26, 2018. The recent snow period lasted about 18:0 (hours:minutes). No snow cover was on the ground before the recent snowfall. The current snow cover is 8.625 inches in Arlington Heights.

The snow quality was wet and heavy — good for packing, but difficult for shoveling. After a delay Saturday, snow accumulated significantly on grassy and paved areas.

The official snowfall report at O’Hare International airport for the day ending at 11:59 p.m. Sunday November 25, 2018 was 3.3 inches.

The official snowfall for Chicago for the storm was 8.4″ observed at Chicago O’Hare International Airport.

The official snowfall total for Chicago for November 2018 to date is 12″ observed at Chicago O’Hare International Airport.

The official snowfall total for Chicago for this season so far in 2018 is 12″ observed at Chicago O’Hare International Airport.

The normal snowfall for November in Chicago is 1.2″ and the highest November snowfall measurement for Chicago is 14.8 inches. During the recording of Official Snowfall Data from 1885-2017 there are only three years that have exceeded 12 inches of snow in November …

The official snowfall for Rockford was 11.7″ observed at Chicago Rockford International Airport. This is now the largest snowstorm on record in November at Rockford.

11.7″ of snowfall on Nov. 25, 2018 set a new daily record and a November calendar day snowfall record for Rockford.

Other snowfall amounts in Chicagoland November 25-26, 2018 include 2.8″ at the NWS Chicago in Romeoville and 4.9″ observed 3 miles southwest of Chicago Midway International Airport.

Tuesday Night: Mostly clear, with a low around 13. West northwest wind 5 to 10 mph.

Wednesday: Increasing clouds, with a high near 27. West wind around 5 mph.

Friday: Partly sunny, with a high near 39.

Friday Night: Mostly cloudy, with a low around 31.

Saturday: A chance of rain and snow before 9am, then rain likely. Cloudy, with a high near 42.

Saturday Night: Rain and snow likely. Cloudy, with a low around 35.

Sunday: A chance of rain and snow. Mostly cloudy, with a high near 40.

Sunday Night: A slight chance of rain and snow. Cloudy, with a low around 32.

Monday: Mostly cloudy, with a high near 37. 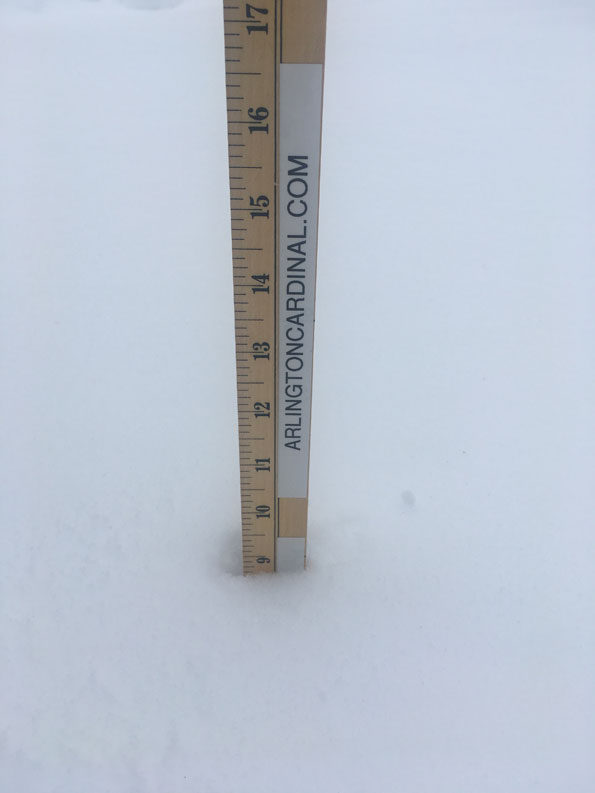