Following the fatal crash that killed Aries Cobian on Lake Street near Park Avenue in Streamwood, a 67-year-old Schaumburg man was charged with DUI.

Hinigo Olvera, of the block of 100 Barrett Lane in Schaumburg, was charged Tuesday October 9, 2018 with aggravated DUI causing death, according to Streamwood police.

Aries Cobian, who was 12 weeks pregnant according to friends and family, Monday night about 7:30 p.m. Monday October 8, 2018 was pushing her disabled Oldsmobile sedan on Lake Street about 800 feet on a curve east of Park Avenue with her male cousin while her female cousin steered the the disabled car. The driver of the pickup failed to avoid Oldsmobile and rear-ended the sedan, and fatally injured Aries Cobian. The male cousin escaped physical harm.

Hinigo Olvera is accused of driving while intoxicated and striking Aries Cobian, age 29, and her vehicle. Aries Coban, a pregnant mother of four, was fatally crushed in the crash which also severely damaged the rear end of the 1994 Oldsmobile.

Cobian, of Glendale Heights, was treated with Advanced Life Support by Streamwood firefighter/paramedics, and was transported to St. Alexius Medical Center in Hoffman Estates where she was pronounced dead. Cobian leaves behind four children, ages 9, 7, 3 and 6 months. Friends said Cobian was 12 weeks pregnant.

There was an extended crash investigation that closed Lake Street for the night and early morning hours.

Olvera is scheduled for Bond Court in Cook County Circuit Court Rolling Meadows on Wednesday, October 10, 2018. The fatal aggravated battery charge is a Class 2 felony punishable by up to 14 years in prison. 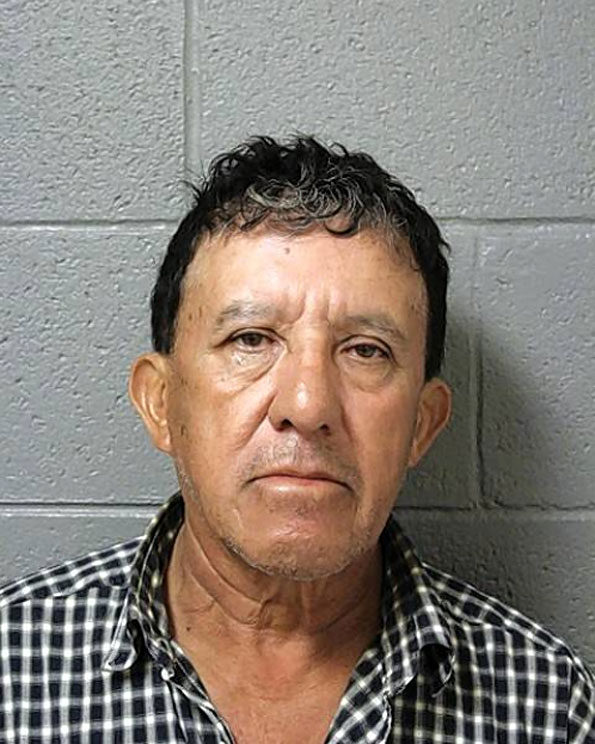 Hinigo Olvera, charged with aggravated DUI in fatal crash that killed mother of four in Streamwood.