An Evanston man has been charged with murder, after an alleged accomplice was shot and killed about 2:30 a.m. Tuesday October 16, 2018 during a home invasion and robbery attempt in far north suburban Lindenhurst.

As Lindenhurst police investigated a possible self-defense shooting at an attempted robbery, they concluded that a Chicago man was shot and killed Tuesday October 16, 2018 by the man he was trying to rob at a home in the block of 300 Teal Road in Lindenhurst.

The identity of a man shot and killed in the Lindenhurst home was released Wednesday October 17, 2018 by the Lake County Coroner’s Office as Joseph McHaney. Police say Joseph McHaney, age 34, of Chicago, and Michael Zachery, age 23, of north suburban Evanston, went to a home in the block of 300 Teal Road expressing interest in purchasing a firearm when the two attempted an armed robbery of two firearms. McHaney was killed in a self-defense shooting by the armed robbery victim.

With their car parked on the driveway, McHaney and Zachery spoke with the seller of the firearm, and allegedly tried to rob him and beat him with a hammer. The armed robbery victim shot and killed McHaney in self-defense. The homeowner who was beaten with the hammer suffered a cut that required 20 staples to close. He was treated at a local hospital and released Tuesday, October 16, 2018. The resident’s identity has not been released by police.

Someone in the home called 911, and responding police officers found McHaney dead, and Zachery being detained at gunpoint by a resident of the home.

Zachery was arrested and charged with armed robbery and first-degree murder, for his criminal involvement in an incident resulting in death. Lake County State’s Attorney Michael Nerheim said Zachery was charged with murder because McHaney was killed while Zachery was an accomplice in a forcible felony. Zachery accompanied McHaney to Lindenhurst, and admitted to police that he and McHaney went to the house intending to steal the guns, according to Assistant Lake County State’s Attorney Daniel Lenzini.

Autopsy results showed McHaney died from injuries caused by gunshots, according to Lake County Coroner Dr. Howard Cooper. Toxicology results are pending. McHaney had a criminal history, convicted of aggravated battery with a weapon and attempted armed robbery for a crime in Evanston in 2003. McHaney served at least 7 years in prison after his conviction, according to Lake County Major Crimes Task Force spokesman Sgt. Christopher Covelli.

The Lake County Major Crime Task Force and the coroner’s office are investigating the shooting, and already gathered significant information about the case. Covelli said Zachery and McHaney contacted the Lindenhurst resident, and told the resident that they were interested in buying two rifle-style guns. Investigators with the Major Crimes Task Force are trying to determine how long McHaney and Zachery were aware of each other, and how they were communicating to arrange the gun sale meeting.

Investigators learned that McHaney and the gun-seller went into a bedroom in the house to complete the transaction. A short time later, gunshots were heard from the bedroom, Assistant Lake County State’s Attorney Daniel Lenzini said in bond court.

Zachery was held at gunpoint by at least one of the two other people living in the house until Lindenhurst police arrived, according to Lake County State’s Attorney Michael Nerheim. Zachery also pulled out a knife in the different room when the shooting took place, according to Nerheim. 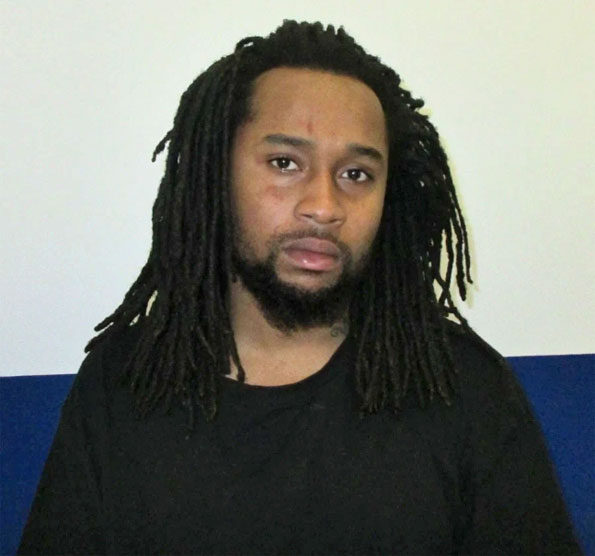