-“Suspicious packages” addressed to Barack Obama and Hillary Clinton were intercepted by the Secret Service.

-At least two of the packages included crude but functional low-ordnance explosive devices, according to a law enforcement official.

-The device at CNN headquarters was removed by the NYPD.

There was also an initially unknown white powder in the suspicious device, according to the FBI.

During press conference New York Governor Andrew Cuomo disclosed that he just learned that a suspicious device was delivered to his Manhattan office.

CBS News security analyst Paul Viollis told CBSN how investigators will be examining the suspicious devices sent to the Obamas, Clintons, George Soros and former CIA Director John Brennan at CNN to gather evidence about who is responsible. 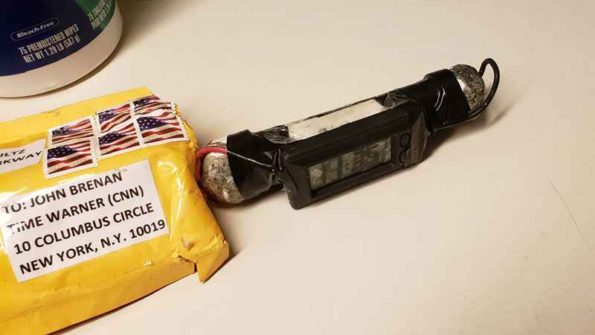