On Saturday, high winds affected the Chicago area, causing downed trees and power outages — and also delayed flights at O’Hare and Midway. There were also some snow flurries — the first for O’Hare for this upcoming season.

Chicago O'hare gusted to 61 mph earlier today. This is the strongest wind gust recorded at Chicago O'hare since Feb 19, 2016 when a 62 mph gust was recorded!

Winds between 25 mph and 35 mph with gusts up to 50 mph were forecast to continue until about 6:00 p.m., according to the National Weather Service. Strong gusts dwindled until about 8:00 p.m. after the Wind Advisory expired at 6:00 p.m.

Temperatures dropped from the upper 50s Friday night to the upper 30s by Saturday about 2:00 p.m. Temperatures were forecast reach the upper 20s by the early morning hours Sunday, and fell to 29°F from about 5:00 a.m. to 8:00 a.m.

Saturday’s Chicago area flurries marked the first official trace snow of the season at O’Hare. Snow was also reported in Pontiac and Odell, Illinois on Friday October 12, 2018. There was also some snow reported around sunrise Sunday October 14, 2018 in areas of north central Illinois. 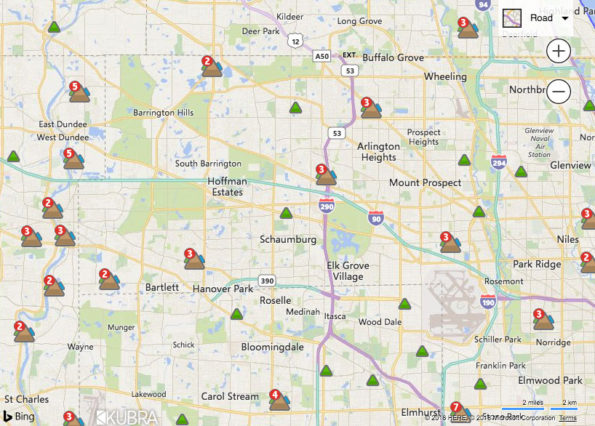 Impressive photo of the very large waves at Michigan City Indiana driven by winds of 50-60+ mph over southern #LakeMichigan. The buoy 6 miles north of MI City has been reporting waves of 13-15 ft during the 5pm hour. @NWSIWX @TwoYellowBuoys #inwx pic.twitter.com/CmrAE6M2ah 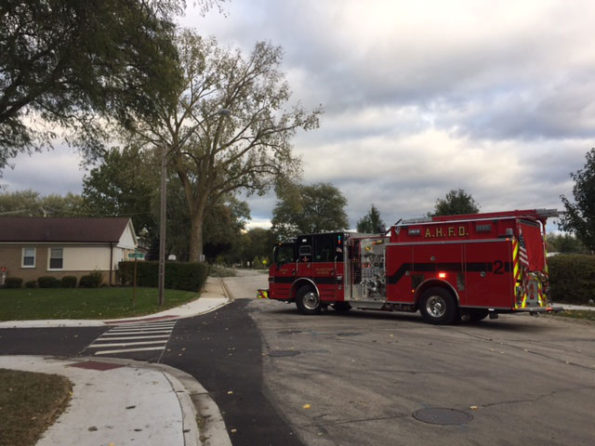