Cary police and firefighter/paramedics responded about 10:53 a.m. Tuesday October 30, 2018 to a report of a vehicle crash into a building with the gas meter hit at 104 High Road. Police and firefighter/paramedics arrived to find that an SUV driven by a 74-year-old woman crashed into the former Windridge Funeral Home in Cary. The vehicle hit a gas line, which caused a gas leak and caused the activation of evacuation of the area part of the neighborhood.

The woman was transported to Advocate Good Shepherd Hospital in Barrington after a possible medical problem prior to the crash.

The building was vacant, and Nicor responded to repair the gas meter and line. Some lanes of High Road and Cary Road were closed for about two hours. ComEd was also called to cut power to the building and eliminate the possibility of a spark causing ignition of the natural gas/air mixture in the area.

The crash cause significant damage to the building, which shifted slightly on the foundation, and may require demolition of the building. 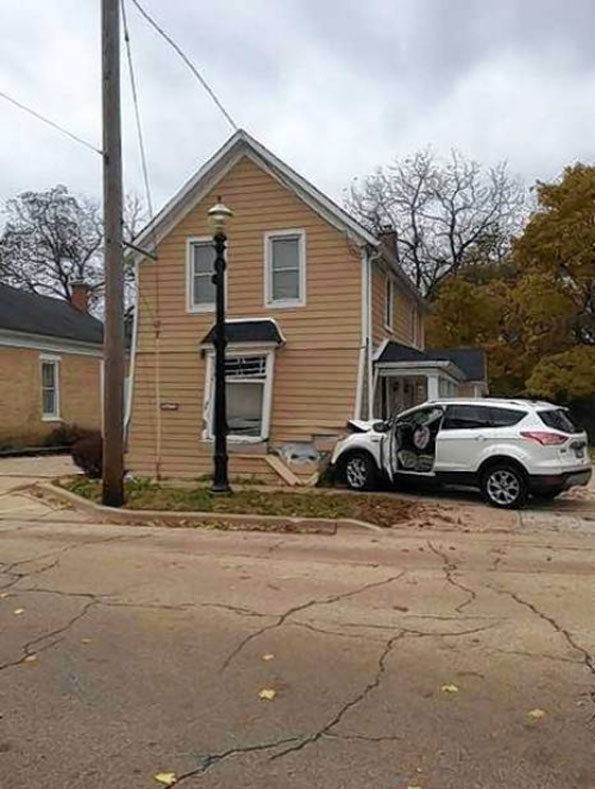