A Park Ridge police sergeant near a 7-ELEVEN at 9501 West Higgins Road in Rosemont about 1:30 a.m. Thursday September 13, 2018 recognized a vehicle that he suspected was connected to an armed robbery of a Norridge gas station the day before. On initial observation, two men in the vehicle also possibly matched the descriptions of the offenders. One of the suspects was later identified as a Rosemont police sergeant.

Park Ridge and Rosemont have a very small common border near River Road and Higgins Road, just east of the 7-ELEVEN address. Norridge is located nearby to the south, but is separated from Park Ridge and Rosemont by a small area of the City of Chicago. As part of the investigation, a video and still images of a vehicle and the suspects involved in the Norridge gas station robbery had been obtained by police investigators as a result of a canvass of area businesses and residences. Norridge police shared the images with other police departments later on Wednesday.

The Rosemont police sergeant, who was already on administrative leave from the police department, and a Chicago man were arrested about 2:00 a.m. Thursday September 13, 2018 by Norridge police after the Park Ridge police sergeant recognized a black GMC Canyon pickup truck that matched the description of a vehicle involved in an Exxon gas station robbery in Norridge early Wednesday. A second gas station had also been robbed less than 4 miles away in Park Ridge early Wednesday. The two men were charged with aggravated armed robbery of both gas stations, according to police. Rosemont police responded to the 7-ELEVEN, where they assisted Norridge police in identifying Karas, and arrested the two suspects, including their own police sergeant.

Rosemont Police Sgt. Edward Karas, age 40, who joined the Rosemont Public Safety Department in 2005, and Wright O’Laughlin, age 54, of Chicago are the suspects in the armed robbery of the Exxon gas station at 8500 West Lawrence Avenue, Norridge (time of robbery not disclosed), and a Shell gas station at Touhy Avenue and Dee Road in Park Ridge about 5:43 a.m. Wednesday morning September 12, 2018.

As a Rosemont police sergeant, Karas had already been placed on administrative leave, and stripped of his police powers on June 11, 2018, due to a previous unrelated pending internal investigation, according to Rosemont Sgt. Joe Balogh. The internal investigation was only described as involving a personnel issue.

Rosemont police are working to fire Karas related to the ongoing internal investigation. 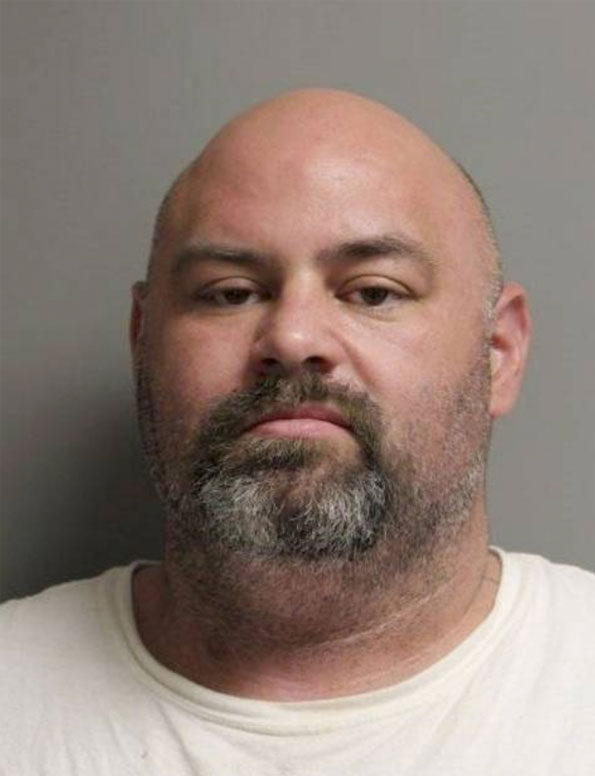