In Minnesota, a bald eagle landed on the Andover Fire Department’s elevated aerial tower that was serving as one of the supports of a large US flag over a highway on Tuesday September 11, 2018. The eagle landed during the remembrance event of the 9/11 terror attacks about 7:44 a.m. CDT.

The first terror attack was at 8:46 a.m. EDT in NYC (7:46 a.m. CDT) when terrorist hijackers flew American Airlines Flight 11 into the northern facade of the North Tower of the World Trade Center.

Andover Fire Chief Jerry Streich posted a Facebook Live video that showed a bald eagle had landed on top of the aerial truck that was supporting the American flag.

“This eagle just landed on the aerial while we’re doing the 9/11 memorial. Phenomenal,” Streich said. 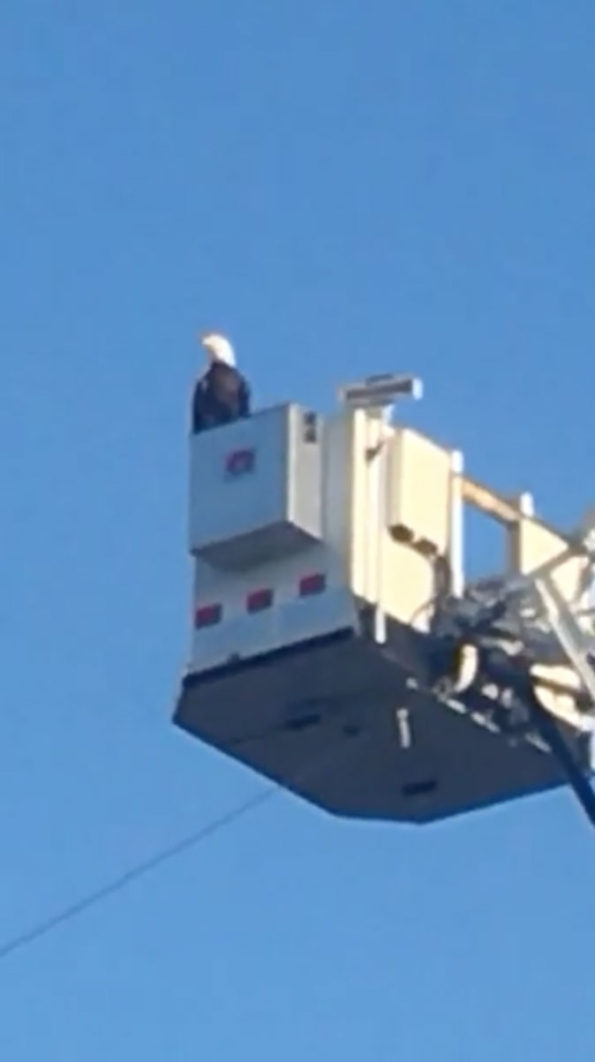