Rescues were being made from the courtyard to the 3rd floor by 6:39 am. Chicago Fire Media reported no critical injuries as of 7:23 a.m.

Fire alarm level is 3 11. But no critical injury so far. pic.twitter.com/Pf2Zp3ZvsD

An additional RIT was requested to the scene.Battalion Chief 4 and Truck 11 were assigned second RIT (Rapid Intervention Team).

Command reported a good knock on the fire by 6:56 am. Two aerial ladders were at the front of the building, ground ladders were up and 10 patients were being treated by EMS by 6:56 am.

Patients were transferred from the building property for triage at a McDonald’s nearby.

The fire department response was updated to a 3-11 Alarm and a Mayday at 7:02 a.m. for an injured or missing firefighter. The Mayday was secured as the firefighter was secured by 7:13 a.m. 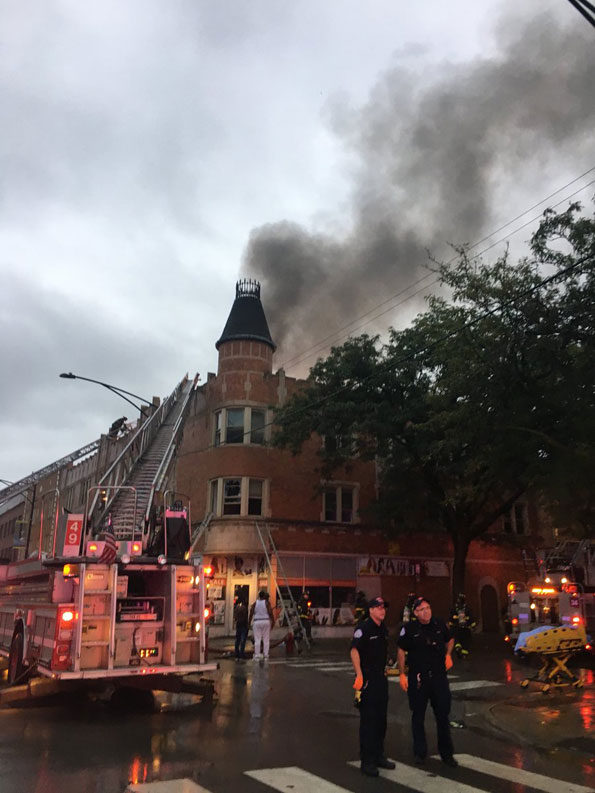 LIVE TRAFFIC MAP of neighborhood to a report of a fire in a courtyard apartment building, 7901 South Phillips Chicago, Il …