Air France Flight 137 scheduled from Chicago O’Hare to Paris Charles De Gaulle reported a landing gear that did not retract. The Airbus A330 at 6:50 p.m. Friday September 28, 2018 was in a circular or figure-8 pattern over southeast Wisconsin — reported to be dumping fuel before a return back to O’Hare International Airport.

The aircraft was flying over the vicinity of Hartford, Delafield, Waukesha, and Big Bend in southeast Wisconsin at an altitude of about 5,725 feet.

According to flightradar24, Air France 137 departed O’Hare at 5:37 p.m. from Runway 28R. At about 5:43 p.m. CDT, Air France 137 stopped climbing and maintained an altitude of about 5,725 feet about the time the aircraft was over Buffalo Creek Forest Preserve near Old Hicks Road and north of the Route 53 Spur. An image of the aircraft with the nose gear down was captured over Rolling Meadows, Illinois just before Air France 137 stopped climbing and was already possibly in the process of leveling. Landing gear is usually retracted within seconds when an aircraft has passed the end of the runway during takeoff.

Air France left the holding pattern and crossed the Illinois-Wisconsin border about 7:10 p.m. and was over McHenry at 7:13 p.m.

The aircraft passed the west side of Arlington Heights and Rolling Meadows about 7:20 p.m. and landed safely at O’Hare about 7:36 p.m. 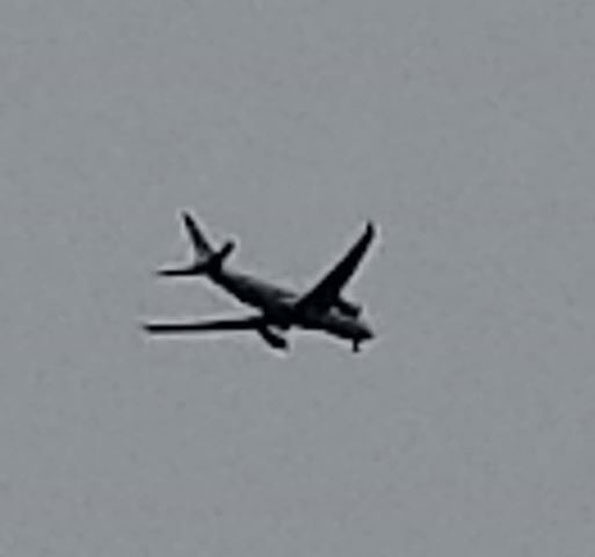 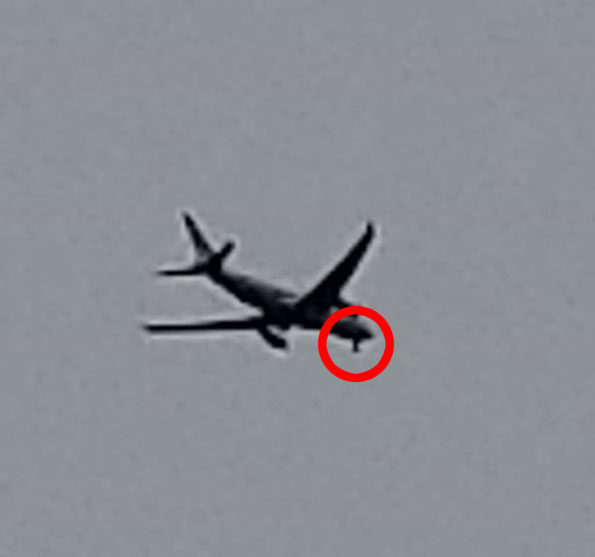 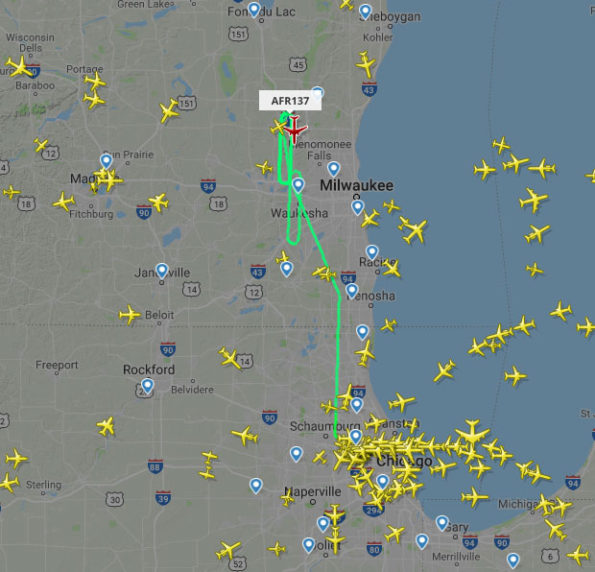 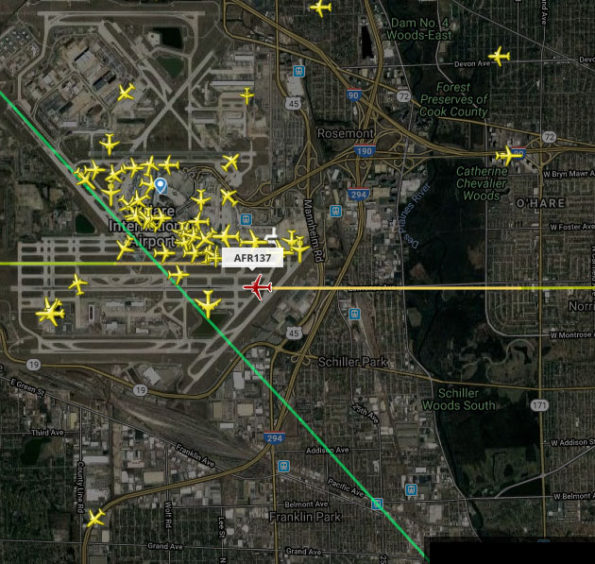 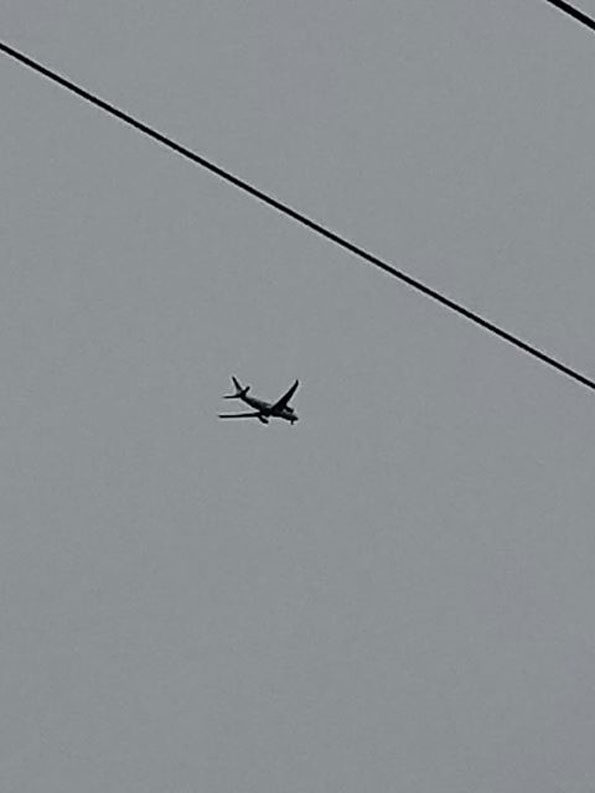