Wauconda police officer Peter Bognar on Wednesday August 8, 2018 was assisting an officer on a traffic stop in darkness on northbound Route 12 when his police SUV was rear-ended by Jane Fitzsimmons, age 55, of Fox Lake. Bognar wasn’t in his SUV when it was hit, and no injuries were reported Wednesday night.

The Fox Lake woman was charged with DUI after she accidentally hit the Wauconda police vehicle while driving impaired.

Both Fitzsimmons’ vehicle and the Wauconda Police vehicle — a Chevy Tahoe PPV — had to be towed. The police SUV #110, which is the Watch Commander vehicle, was mostly damaged in the rear driver’s side fender.

In a video shared on the Wauconda police Facebook page, Officer Bognar took the opportunity to remind drivers to be aware of police vehicles with emergency light activated, and to slow down, move over and use caution when they see a police car with lights activated. he also reminded motorists not to drink and drive. 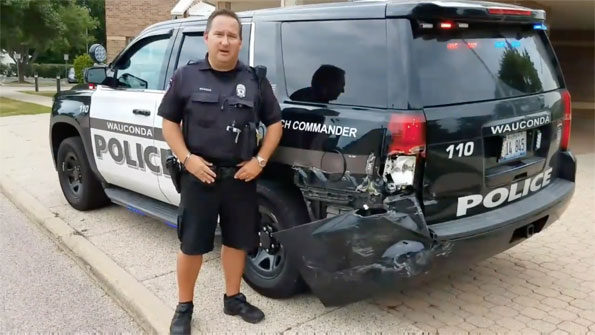 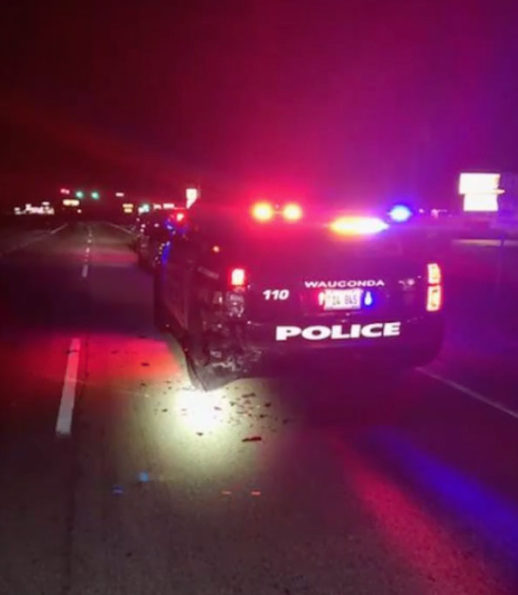