Two water incidents — one fatal on Saturday August 4, 2018 — occurred on Petite Lake on the Chain O’ Lakes over the weekend. On Saturday, 23-year-old Arlington Heights man Jason Saccone died after he was underwater for about two minutes while swimming near a sandbar on Petite Lake. The sandbar is an area where people anchor their boats and swim, according to Sgt. Christopher Covelli, spokesman for the Lake County Marine Unit.

Covelli said the marine patrol responded to the area just after 5:00 p.m. for someone unresponsive after being pulled from eight to 10 feet of water. Covelli said that deputies who responded to the call performed CPR and used an AED or automated external defibrillator until Antioch firefighter/paramedics arrived. Jason Saccone was transported to Advocate Condell Medical Center in Libertyville, where he was pronounced dead.

According to Covelli, alcohol might have been a factor in the incident. An autopsy was performed Monday afternoon August 6, 2018. Autopsy results are expected to be released Tuesday, according to Lake County Coroner Howard Cooper.

On Sunday, August 5, 2018, marine unit deputies reported another man was pulled from the water in Petite Lake. The incident was not classified as near drowning, but Covelli said the man had been struggling in the water before being rescued. Apparently condition and symptoms were not classified as serious enough to warrant a near drowning classification. The man refused medical treatment.

According to lifeguard and researcher Frank Pia, with a contributing statement in the book Drowning: New Perspectives on Intervention and Prevention drowning begins at the instant a person is unable to keep their mouth above water.

In the first incident in Twin Lakes, about 12:30 p.m. Sunday, witnesses reported a woman was swimming and appeared to lose consciousness near Lance Park on Lake Mary. Witnesses began CPR until Twin Lakes paramedics arrived. Callers to 911 had reported the incident might have involved a medical issue. The woman was transported to Aurora Memorial Hospital in Burlington, where she was pronounced dead. The woman was identified as Carol Varney of Racine, Wisconsin, and her death was classified as a medical issue, not a drowning, according to the news release.

In the second incident in Twin Lakes, about 3:30 p.m. Sunday, Twin Lakes police and firefighter/paramedics responded to a report of a possibly drowning of a 3 year-old boy at Musial Beach on Lake Elizabeth. Good Samaritans performing CPR when rescuers arrived and took over CPR and medical treatment. The boy was transported to Aurora Hospital in Burlington, where he was pronounced dead. The boy was identified as Theodore R. Johnson of Twin Lakes, Wisconsin. He is initially believed to be the victim of a drowning.

In Waukegan on Sunday August 5, 2018 about 4:42 p.m., rescuers responded to Sea Horse Drive at the Lake Michigan shore to a report of a child on a raft being taken away from shore by the current. A civilian boater rescued the rafter before Waukegan firefighter/paramedics arrived. No medical treatment was necessary.

Lake County Sheriff’s Marine Unit spokesman Sgt. Christopher Covelli reminded the public that it is important for individuals to know their limitations in the water. His reminder included the tip that wearing a life vest can prevent a drowning. 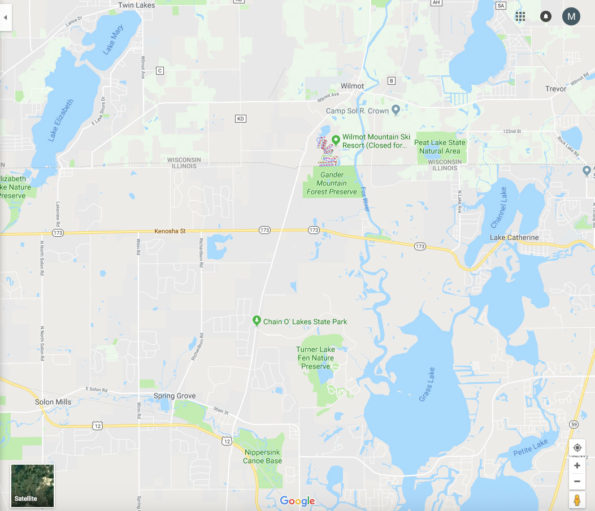