Chicago Fire Department Battalion Chief 5 was first on the scene, and reported the two passengers were standing and speaking with fire and police officials by 3:25 p.m. A Still and Box/EMS Plan 1 was immediately struck out.

The aircraft landed in the southbound lanes, and no injuries were reported from the aircraft or on the ground.

According to FAA records of the N number (tail number), the fixed-wing single-engine plane is registered to a company in Medina, Ohio.

Aircraft has landed on lakeshore drive at 3800 south pic.twitter.com/KYBkawhQlT

The plane on Lake Shore Drive has been pushed off of the roadway and secured in the grass. (Merritt) pic.twitter.com/iLjsBUAUvc 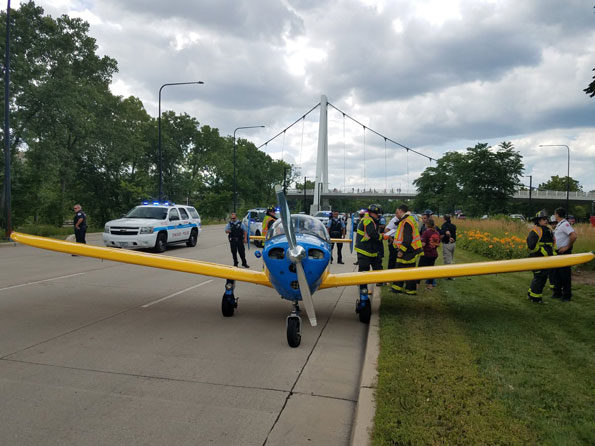