Palatine police responded just after midnight Thursday, July 26, 2018 to a report of a male offender making a threat while displaying a knife in the block of 800 West Panorama Drive.

Palatine police arrested Sava Koumandarakis, 24, of the block of 2200 Pennyview Lane in Schaumburg, accused of displaying a large knife and had threatened to cut the other person involved in the dispute, according to police. Police said Koumandarakis, who was still on the scene when police arrived, also punched a hole in a wall.

A 6’4″ suspect, Koumandarakis was charged with one count of aggravated assault and one count of criminal damage to property.

Police said the Illinois Department of Corrections (IDOC) also issued a warrant for Koumandarakis for a parole violation with a DUI (drugs) conviction. Koumandarakis, held on $15,000 bail, is scheduled for a Cook County Circuit Court date on Friday August 13, 2018. 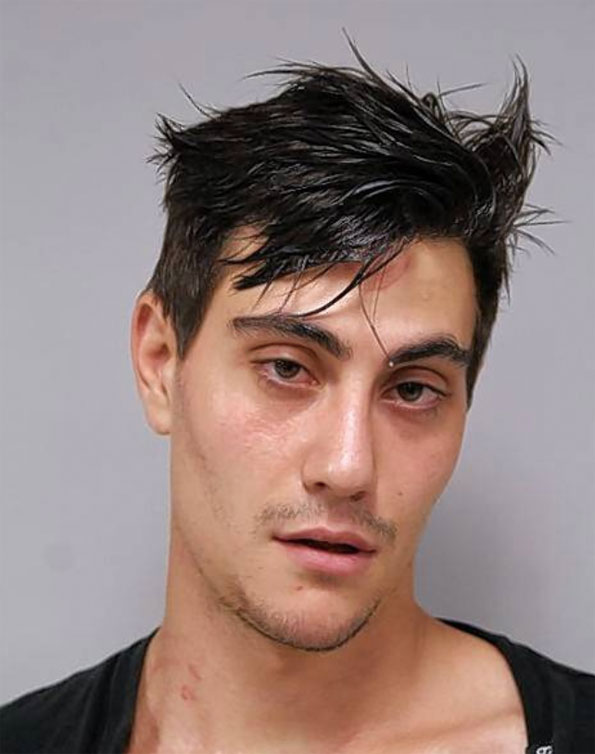