A Romeoville man escaped about 3:30 p.m. Tuesday July 24, 2018 from the custody of a Lake County Sheriff’s Office deputy for a short time in the Village of Third Lake near Grayslake in Lake County. The male suspect had been arrested for allegedly attempting to use a fake prescription for a controlled substance at a local CVS pharmacy, 34344 Route 45 in Third Lake. He was in custody with the Lake County Sheriff’s deputy at the CVS when the escape occurred.

According to the Lake County Sheriff’s Office (LCSO), Salvador A. Leo was handcuffed and placed in the deputy’s squad car while the deputy went back inside to talk to the pharmacist.

Salvador A. Leo was able to escape by wedging his way through a Plexiglas divider that forms a barrier between the front and back seat of the squad car. The suspect was able to get from the back seat to the front seath, and then escaped from the front of the vehicle.

Although Salvador A. Leo was able to escape while still wearing handcuffs, the LCSO are reviewing video to see if Leo was able to get out of his handcuffs before he squeezed through the barrier or after he made it to the front seats, according to Sgt. Christopher Covelli of the LCSO.

Police from Gurnee, Grayslake and the College of Lake County assisted Lake County sheriff’s deputies in Third Lake by searching and setting up a perimeter near the CVS pharmacy at the intersection of Washington Street and Route 45 shortly after 3:30 p.m. Police were looking for Salvador A. Leo, 25, for about 90 minutes after the escape from the CVS, which is at the northwest corner of US 45 and Washington Street.

Salvador A. Leo was described as a male/black 5’9″ 160 LBS, wearing a gray T-shirt and blue jeans. He had been last seen running westbound on Washington Street from the pharmacy. He was initially believed to be still in handcuffs as he fled.

While police were searching, an alert resident reported seeing a suspicious man that fit the description of the escapee about 5:00 p.m. When police caught up with the escapee, he attempted to flee again by running. There was a brief foot chase, and the escapee was soon back in custody — by about 5:06 p.m.

Leo faced additional charges after the escape. He was charged with escape, unlawful possession of a fraudulent prescription and resisting a police officer.

The College of Lake County put out an alert for staff and students, announcing that a handcuffed prisoner had escaped custody and was being sought by police. 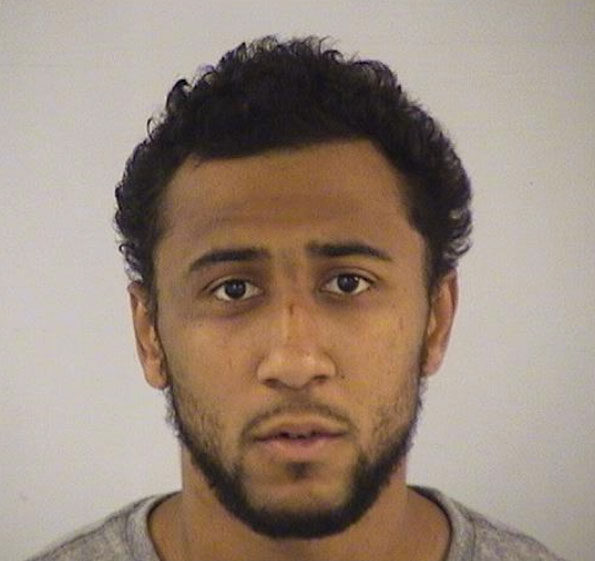