Summer is here and grills are lighting up all across the country. The Palatine Fire Department reminds residents to take proactive measures to keep their summer barbecues safe and fun for everyone involved.

According to the Hearth, Patio and Barbecue Association (HPBA) seven out of every 10 adults in the U.S. have a grill or smoker. With a large portion of the country enjoying backyard cooking, there is an increased risk of home fires.

The National Fire Protection Association (NFPA) has reported that fire departments across the U.S. responded to an annual average of 9,600 home fires involving grills, hibachis, or barbecues between 2011 and 2015. Of these fire incidents 4,100 were structure fires and 5,500 were outside or unclassified fires.

Grilling by the numbers …

• Children under five accounted for an average of 1,600 or one-third (35%) of the 4,500 thermal, non-fire grill burns. These burns typically occurred when someone, often a child, bumped into, touched or fell on the grill, grill part or hot coals.

• Charcoal or other solid-fueled grills were involved in 1,300 home fires per year, including 600 structure fires and 700 outside fires annually.

For more information on fire safety please visit the Palatine Fire Department at www.palatine.il.us or the National Fire Protection Association at www.nfpa.org.

Cardinal News has also archived this page at Arlingtoncardinal.com/grillsafety 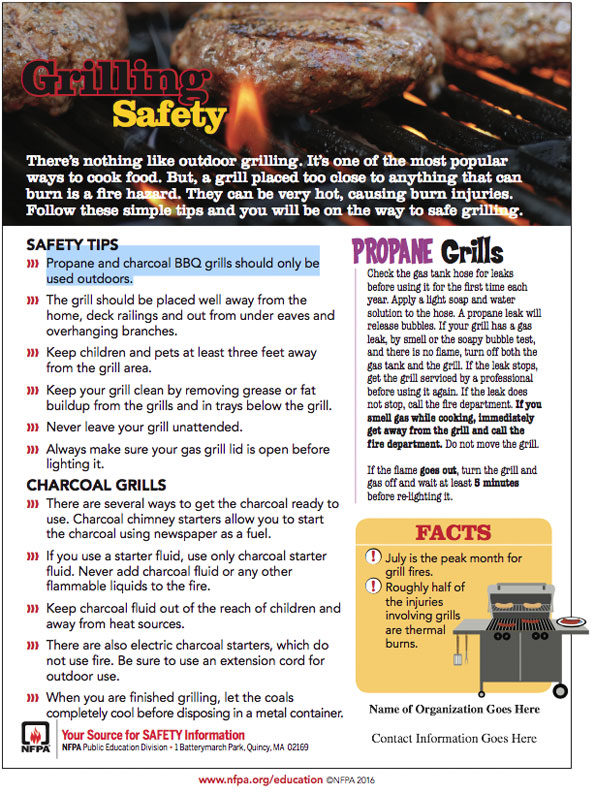