The Cypress area engineering study approved Monday also will also include analysis of relocating water mains from rear yards into public rights of way. However, the water main relocation might not take place at the same time as the detention basin enlargement project.

Construction of the estimated $5.8 million water detention project is planned to start in 2019. The project requires the permanent closure at the end of this growing season of Cypress Garden Plots — the village-owned property that provides community garden plots. The 25′ x 30′ plots were rented by the Arlington Heights Park District near capacity this season (May 1, 2018 to October 29, 2018). The plots have been developed by residents primarily for vegetable gardening for many past growing seasons. The Arlington Heights Park District is working to find an option to relocate the garden plots to another park.

The village-owned property was available for the park district’s garden plots, but participating and interested gardeners were informed that the water detention project was planned for replacement of Cypress Garden Plots.

The water detention plans include the necessary underground work to carry water to the area, including the creation of a lift station to pump water to higher elevations. The increased capacity of the Cypress basin is expected to help reduce street and surface flooding in the area.

The water detention project is the first major project to be funded in part by a newly implemented stormwater utility fee. The village board in August 2017 approved a new $6.25-per-month fee to help fund flooding mitigation projects. The revenue will help pay off $10 million the village borrowed in a bond issue earlier this year for the enlarged Cypress basin and five other stormwater projects deemed by village officials to be high priority.

The Cypress area flooding was evaluated as the highest priority of 17 stormwater projects following a storm in July 2011. Flood mitigation project totals area calculated at $40 million.

Design work also is expected to begin soon, planning the installation of larger sewer mains in the downtown area. The downtown upgrades are estimated to cost $2.1 million. 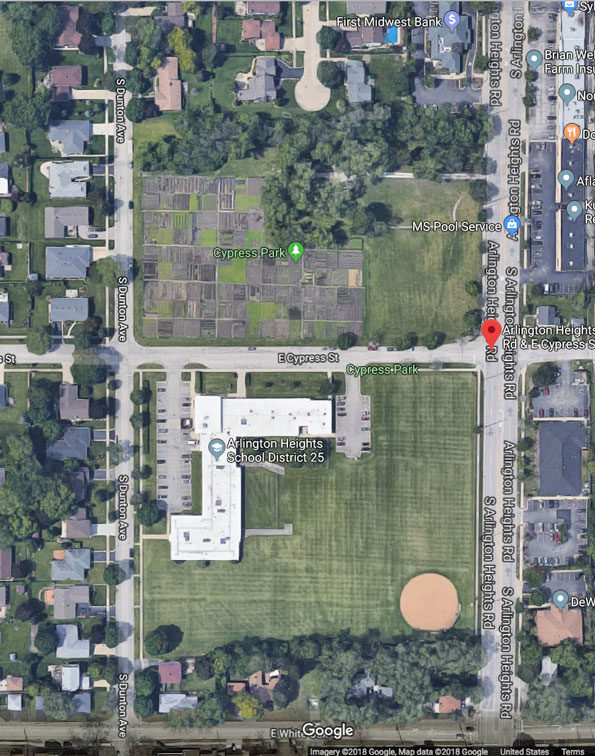