Miami Beach police responded about midnight Tuesday July 10, 2018 to a stabbing in the block of 1600 Collins Avenue in Miami Beach. Police received a report from Cesar Coronado, age 22 of Chicago, that he was asking a man with no arms for directions, when the man jumped up and stabbed him with a scissors clutched with his foot. Cindy Barrientos, also age 22 from Chicago, corroborated, telling police that she and Cesar Coronado, who are friends, were asking for directions. Police and Miami Beach paramedics found Coronado on the ground, bleeding from his left arm.

Police found Jonathan Crenshaw, age 46, in the block of 200 Lincoln Road, where he was apprehended. Crenshaw told police he was defending himself. Crenshaw said he was lying down when Coronado approached him and punched him in the head.

In January 2011, Miami New-Times profiled Jonathan Dale Crenshaw in an Art on the Street series.

The street artist told Miami New-Times reporter Camille Lamb that his mother fed him rat poison when he was young “for the insurance policy, I guess.” While working on his artwork during the interview, he also told the Miami New-Times reporter that he was “stabbed to death twice”. Camille Lamb also reported Crenshaw claimed he impregnated many women, including singer Gloria Estefan, who Crenshaw claimed gave birth to 200 of his children. 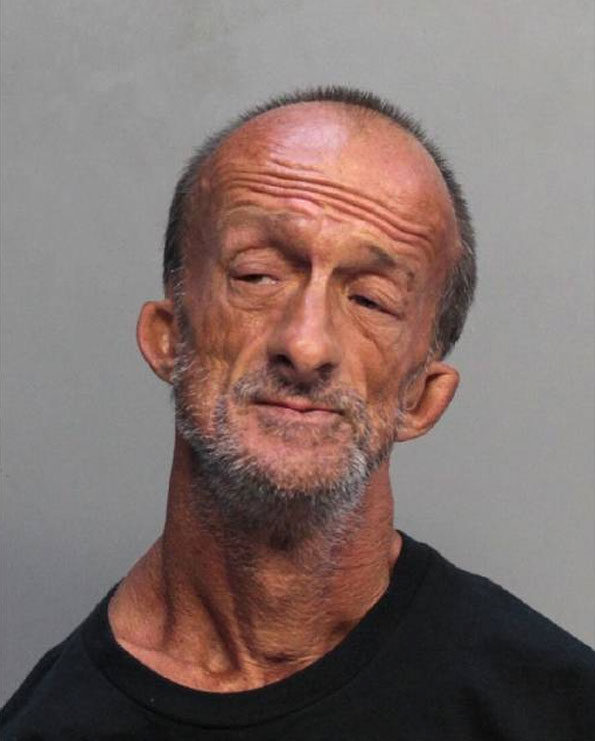 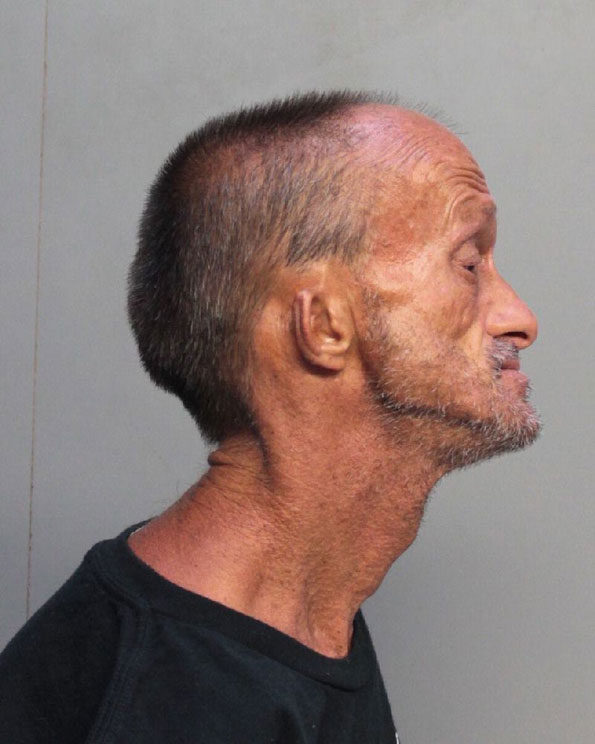 A homeless South Beach artist has no arms. But he stabbed a tourist, police say