Lake County Sheriff’s deputies responded on Saturday, June 23, 2018 to a report of a suspicious vehicle at an apartment complex in the in the block of 32000 North John Mogg Road, just north of Belvidere Road and near Grayslake and Wildwood in Warren Township. The call also followed previous concern about drug activity in apartment parking lots. A Lake County Sheriff’s deputy who responded to the scene smelled marijuana and requested K-9 Diesel to responded to the scene. K-9 Diesel sniffed the outside of the vehicle and alerted deputies that he detected the smell of narcotics coming from within the vehicle, according to the Lake County Sheriff’s Office.

K-9 Diesel then searched the interior and alerted officers to two areas inside the car. Police said a total of 123.5 grams of cannabis packaged in baggies; paraphernalia including a scale, packaging material, a glass pipe and a used hypodermic syringe containing heroin; and 2.5 grams of cocaine were found.

The driver of the vehicle, Lewis E. Shamberg, of the block of 33000 North Greentree Road in Grayslake, was arrested and charged with …

possession of marijuana with intent to deliver, a class 3 felony;

possession of marijuana, a class 4 felony;

possession of a controlled substance, a class 4 felony;

possession of drug paraphernalia, a class A misdemeanor; and

possession of a hypodermic syringe, a class A misdemeanor. 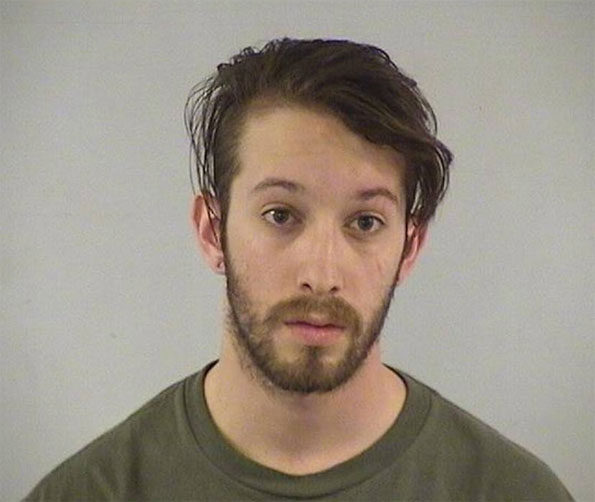