Lake Bluff police and firefighter/paramedics responded about 2:35 AM Tuesday April 3, 2018 to a report of a roof on fire at a large house, 400 Arbor Drive Lake Bluff, Il.

Police on arrival reported that everyone is out of the house by 2:36 a.m. Police on scene confirmed that the home’s only occupant — a visiting family member — was safely out of the home. Within moments of the officer’s arrival the entire second story of the home was fully engulfed in flames.

Lake Bluff fire officer 4502 on arrival and first on the scene reported a fully-involved roof fire on a large multi-story residential by 2:39 a.m.

Command reported that fire companies going defensive mode by 2:42 a.m. Knollwood Fire Department (Rockland Fire Protection District), was second on the scene and started fire suppression from the exterior of the home.

The fire destroyed the large 2-story home located only three or four lots from the Lake Michigan shoreline. There are no fire hydrants installed in the immediate neighborhood, but it is unknown if fire hydrants would have made a difference, considering the severity of the fire upon arrival of firefighters.

“Unfortunately, this fire progressed so rapidly it will be a total loss, despite the quick response and great efforts of all of these departments.”

The origin and cause investigation of the fire is underway.

LIVE TRAFFIC MAP of neighborhood to a report of a roof on fire at a large house, 400 Arbor Drive Lake Bluff, Il … 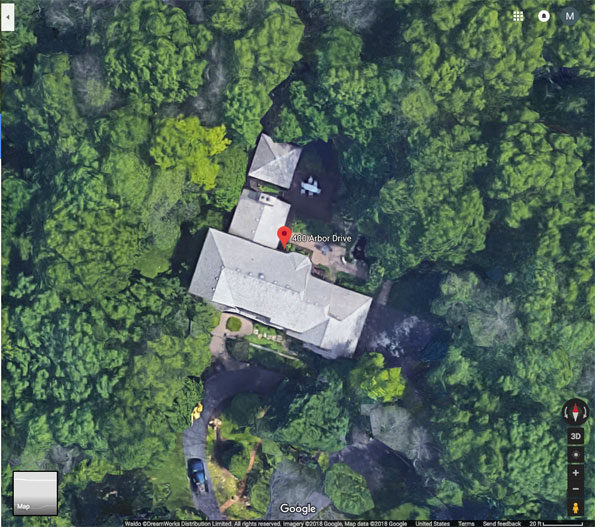