Buffalo Grove police and firefighter/paramedics responded about 4:23 p.m. Thursday April 12, 2018 to a report of a home invasion and an assault at a home in the block of 400 St Mary’s Parkway. The 51 year-old female assault victim escaped her home and got help from a neighbor. Police responded to the victim’s home, and paramedics responded to the neighbor’s home where the victim sought safety from the home invasion. The offender was described as a female/black, heavyset, wearing a tank top shirt, pants (not described), and blue slippers.

Police said that at about 4:20 p.m. Thursday, the victim defended herself from the offender, and escaped her own home and then called police. Buffalo Grove police found the home invasion suspect in the female victim’s home, and arrested the female suspect by about 4:35 p.m. Police reported there were two injured people — the victim and the offender. A second ambulance from Arlington Heights was immediately dispatched to the scene. Both the female suspect and the female victim were transported to Northwest Community Hospital by Buffalo Grove Fire Department firefighter/paramedics and Arlington Heights firefighter/paramedics. The female victim was released from the hospital, while the female suspect remained in the hospital for a longer period while under observation.

The female suspect was identified as Justice Murphy, age 21, of Sauk Village, and was charged with home invasion, aggravated battery, and damage to property, according to Buffalo Grove Police Department.

Apparently, Justice Murphy and the female victim did not know each other. It was not initially confirmed whether the suspect had any connection to the Buffalo Grove neighborhood near St Mary’s Parkway and Lincoln Terrace, just south of Lake Cook Road between Weidner Road and Raupp Boulevard. St Mary’s Parkway was temporarily closed Thursday evening while the police and paramedic activity was underway between Lincoln Terrace and Hiawatha Drive. 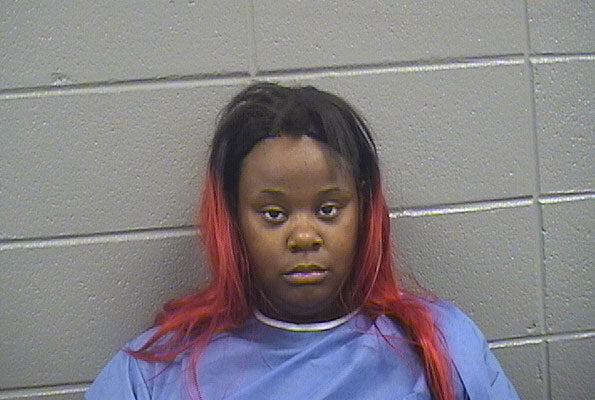