A Des Plaines resident, Tina Jones, age 36, is being held in DuPage County jail on $250,000 bail ($25,000 10%) after being accused of hiring a dark web company to kill a woman. She is alleged to be involved in an affair with the woman’s husband in her connection to solicitation of murder for hire.

Prosecutors say Tina Jones, an apartment resident in downtown Des Plaines in the block of 700 South River Road, paid $10,000 in bitcoin to a dark web company in January 2018 to have a Woodridge woman killed. The wife of the suspect’s boyfriend is a clinical social worker in Naperville. The suspect’s boyfriend is a Maywood anesthesiology specialist. The suspect works as a nurse at a west suburban hospital

Tina Jones was charged with solicitation of murder for hire after turning herself in to Woodridge Police Department on Tuesday evening, April 17, 2018. Booking date at Dupage County Jail was also April 17, 2018.

Prosecutors said Woodridge police began investigating a tip from CBS News “48 Hours” that Woodridge Police Department received Thursday, April 12, 2018 that a woman in Woodridge was the potential victim of a murder for hire plot. According to the DuPage County State’s Attorney’s office, Tina Jones allegedly contacted the “Cosa Nostra International Network” on the Internet to a arrange a murder for hire transaction. La Cosa Nostra (LCN) is a known transnational organized crime network that is active in the United States especially in New York, New Jersey, Philadelphia, Detroit, Chicago, and New England. Initially it is not clear whether the network that Tina Jones contacted was a fake network not connected with LCN, or a part of LCN running a scam site. According to the FBI, La Cosa Nostra evolved from the Sicilian Mafia and is translated to English, meaning “this thing of ours.”

Tina Jones is scheduled to be arraigned on May 15, 2018 in front of DuPage County Judge George Bakalis. If convicted, she faces a minimum sentence of 20 years in prison. If Jones posts bail, she is prohibited from contacting the victim or husband.

“The charge brought against (Tina) Jones this morning is extremely serious. Any attempt, or perceived attempt, to bring physical harm to another individual will be met by the full force and effect of the law.”

Woodridge police Chief Brian Cunningham said authorities have seen a “dramatic increase” in the dark web use connected to crime. 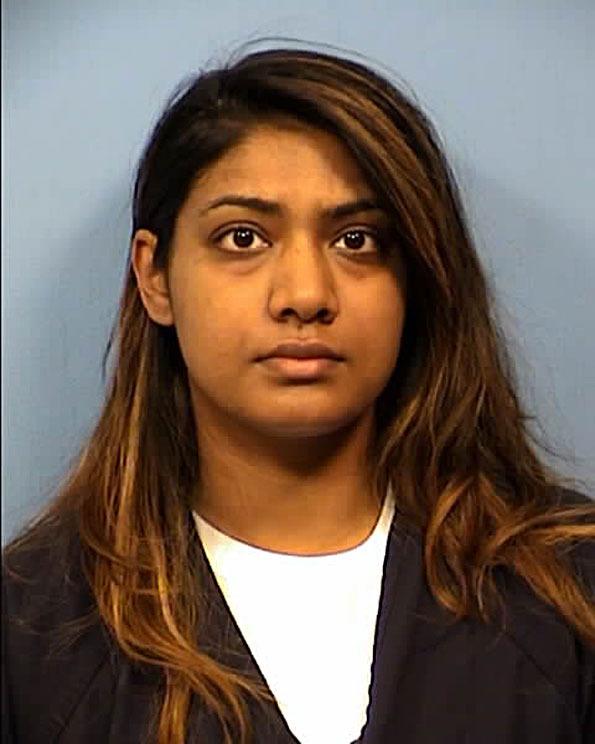 Surface Web includes web pages or web sites that are readily accessible, are publicly published, and that can be indexed for retrieval by a typical search engine, such as Bing, Google or Yahoo.

Deep Web includes web pages, websites, web mail or other web apps that are not accessible through the use of a search engine, and are only accessible via a paywall and/or via secure access using a password or other security process.

Dark Web is a portion of the Deep Web with the magnitude unknown that is accessible via specialized web browsers that grant users anonymity. Law enforcement investigation into the Dark Web is usually only feasible when an undercover agent operates in the Dark Web and find a weakness when a suspect fails to completely hide their identity, or when law enforcement sets up sting or honeybot operations that are capable of tracking the true identity of suspects.

Note: Deep Web and Dark Web functions can be established by criminals in normal social media accounts, such as Facebook. Criminals can use the Secret Group feature in Facebook, and set up secret groups with criminal admins that use computers and software that successfully hides their IP addresses and/or uses an IP address (coffee shop, library, unsecured workplace, or other public Wi-Fi) that is difficult to pinpoint to a particular suspect. The actual crime or criminal transaction is criminally designed to be committed outside the social media account and designed to be untraceable to a transaction or crime with a real world mail address.

OFFICIAL FBI: A joint law enforcement operation on March 28, 2018 in Cleveland, Ohio, was one of dozens around the country last week targeting drug traffickers and end users who buy illegal narcotics like fentanyl on the dark web.