Arlington Heights police and firefighter/paramedics responded about 5:55 a.m. Monday, March 12, 2018 to the Red Roof Inn, 22 West Algonquin Road to a report of a man with a laceration to the neck from a broken bottle.

Arlington Heights police were first on the scene and requested paramedics to expedite for a victim with a large gash to the neck.

Arlington Heights firefighter/paramedics transported their patient to Level I Trauma Center Advocate Lutheran General Hospital in Park Ridge, possibly with an extra paramedic on board the ambulance..

A motel guest at the Red Roof Inn said he didn’t see anything, but heard a lot of screaming after 5:00 a.m. this morning in pre-dawn darkness. 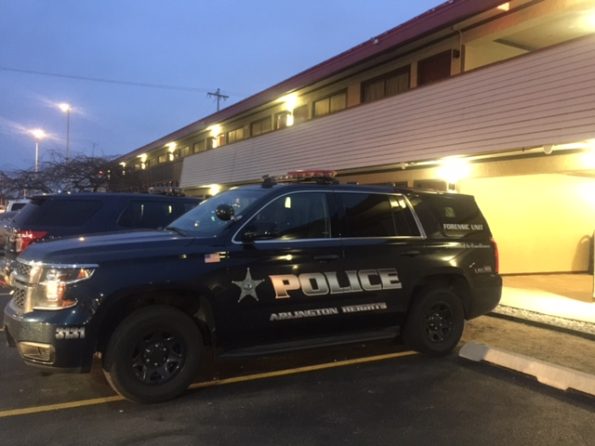 Crime scene in Arlington Heights for a man with a laceration to the neck at Red Roof Inn.