Quick tour by District Fire Chief Dwayne Wood of Arlington Heights Fire Department Engine 2, which was spotted when the Pierce Velocity® fire engine was parked on Sigwalt Street in front of village hall.

The fire engine built by Pierce Manufacturing includes a well-designed cab area for the crew, with the capability of seating for four firefighters. The seating also provides an indentation to allow SCBA tanks to be in place while firefighters respond to an emergency, saving the time of donning the air tanks after getting off the fire engine at the scene.

The fire engine also includes a device that lowers the ground ladder to an ergonomic height that allows reaching the ladder at a safer height that reduces the risk of back injuries, shoulder injuries and other musculoskeletal injuries.

The fire engine also has video for protection from every angle around the exterior of the fire engine to reduce the risk of accidents.

Pierce Manufacturing is a leading fire apparatus company in the world with facilities in Appleton, Wisconsin. Pierce is a manufacturer of custom fire and rescue apparatus sold to cities and villages such as Los Angeles; Littleton, Colorado; Tulsa, Oklahoma; Springfield, Massachusetts; Anaheim, California; San Antonio; Fairfax, Virginia; Denver and more. Pierce Manufacturing is a wholly-owned subsidiary of Oshkosh Corporation since acquisition by Oshkosh in 1996. 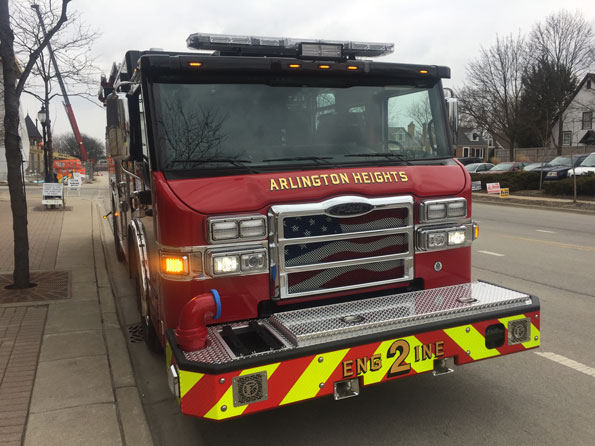 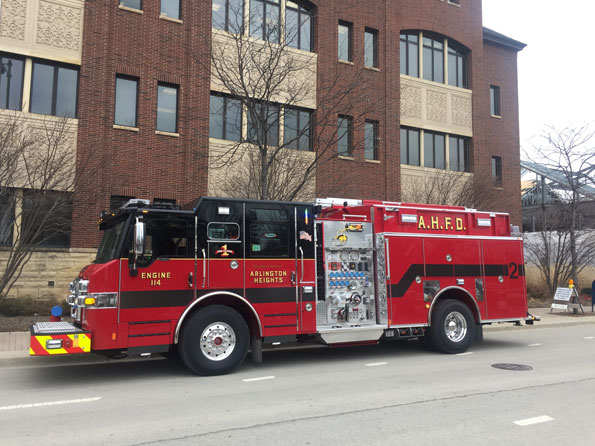