In Arlington Heights, a snow system is moving through its last two hours of snowfall while a Winter Weather Advisory is activated. Another snow band with some intense snow may pass through from about 10:30 a.m. until 10:50 a.m.

Another 0.5″ to 1.0″ snow accumulation will bring the total accumulation for this weekend snow system to 4.5″ to 5.0″

The snow quality was dry and light — not good packing snow, but easy for shoveling. Snow accumulated significantly on grassy and paved areas. 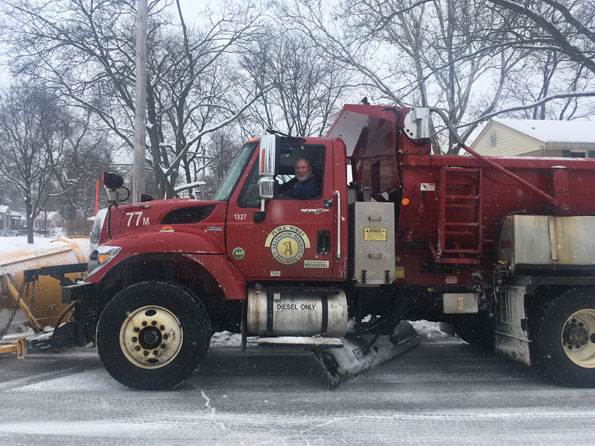 Tonight: Mostly clear, with a low around 4. Wind chill values as low as -5. West wind 5 to 10 mph becoming north northwest after midnight.

Monday Night: Partly cloudy, with a low around 11. Northeast wind around 5 mph becoming calm in the evening.

Tuesday: Mostly cloudy, with a high near 31. East southeast wind around 5 mph becoming south in the afternoon.

Tuesday Night: Partly cloudy, with a low around 23.

Wednesday: Mostly sunny, with a high near 39.

* WHAT…Snow occurring. Plan on slippery road conditions and some
snow covered roads from the overnight heavy snow. Additional
accumulation of up to one inch.

A Winter Weather Advisory for snow means periods of snow will
cause primarily travel difficulties. Be prepared for snow covered
roads and limited visibilities, and use caution while driving.