On Monday, February 5, 2018, investigators arrested Richard Henderson, 26, of Standard, Illinois, connected to the homicide of Spring Valley teen Diamond Bradley. The 16-year-old female was found dead of multiple stab wounds in a ditch in rural Putnam County on January 27, 2018.

Putnam County Sheriff Kevin Doyle said Richard Henderson was arrested after voluntarily giving a statement to investigators. According to Doyle, Henderson and Bradley “met through the Internet” and agreed to meet the morning she was reported missing — Wednesday, January 24, 2018.

“Based on information we have at this point, Henderson picked Diamond up near her residence and drove directly to Putnam County, to 850 North road. A physical altercation occurred, resulting in Henderson killing Diamond.”

Henderson was initially charged with concealing a homicidal death, but subsequent charges were anticipated, according to Sheriff Doyle.

Standard, Illinois is located less than 10 miles south of the city limits of Spring Valley, and about 2.5 miles north of the crime scene, which was on County Road 850 North just west of Meridian Road.

Investigators collected Bradley’s cell phone records, and recovered video surveillance images, which were consistent with the Internet meeting, the drive to the crime scene.

Spring Valley Police Chief Kevin Sangston reported that investigators believe Richard Henderson and Diamond Bradley had been in contact at least once previous to the day she disappeared. Investigators had not yet determined whether Henderson and Bradley had previously met in person, but discovered that they had communicated at least once prior to the day Diamond Bradley was reported missing.

The exact reason for their meeting was not determined, but is still under investigation.

“Our ultimate goal is to obtain a conviction,” he said. “We are confident we have the person who committed this act in custody.” 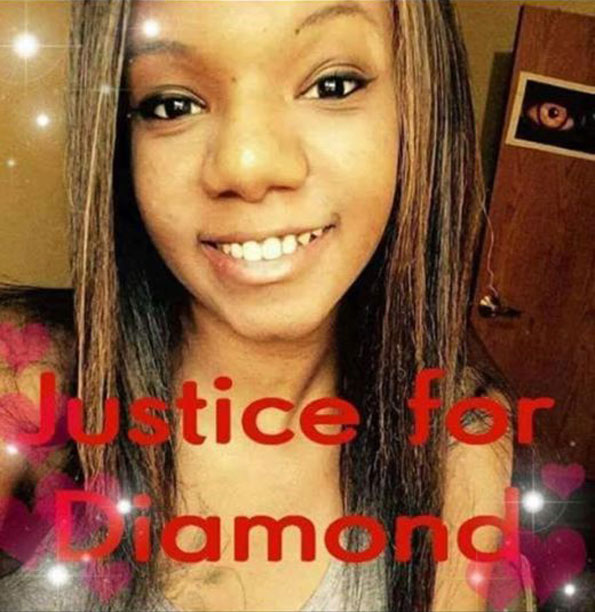 Spring Valley (pop. 5,558) is located about four miles north of Granville in Bureau County, and about an eight-mile drive south along the Route 89 Bridge over the Illinois River and over rural roads to the crime scene. Putnam County, according to the 2010 census has a population of 6,006.

Standard (pop. 220) is a very small village in Putnam County, located between the crime scene and Spring Valley.