Following the death of Buffalo Grove Firefighter/Paramedic Kevin Hauber, a memorial fund has been established to assist his four young daughters. Kevin Hauber died last weekend after a four-year battle with colon cancer. He died Saturday, January 27, 2018 surrounded by his family.

Beginning his career in 1994, Kevin Hauber, 51, worked nearly 24 years for the Buffalo Grove Fire Department. More importantly, he was a devoted husband and loving father, according to trust fund organizers.

The Buffalo Grove Professional Firefighters and Paramedics Association (BGPFFPA), Local 3177, created the Kevin Hauber Memorial Trust Fund at First Midwest Bank, which will be utilized for the education, health and well-being of his four daughters.

Donations can be made at any First Midwest Bank branch or mailed to the Buffalo Grove Fire Department, 1051 Highland Grove Drive, Buffalo Grove, IL 60089. Checks should be written as follows, “Kevin Hauber Memorial Fund c/o BGPFFAPA”.

The Buffalo Grove Fire Department thanked the community on the Village of Buffalo Grove website for the support shown to the Hauber family during this difficult time.

While growing up, Kevin and his twin brother Jim, also a firefighter/paramedic with the Buffalo Grove Fire Department, idolized the characters on the 1970’s show, EMERGENCY! which profiled the crew (Johnny Gage and Roy DeSoto) of a Los Angeles County Fire Department Rescue Squad (Squad 51). In 2014, while undergoing chemotherapy treatments, Hauber met one of the stars of the show, Randolph Mantooth, who played firefighter/paramedic Johnny Gage. Kevin Hauber was able to share with Mantooth how the television show motivated he and his brother to become firefighters. Mantooth signed a picture of the brothers as little boys during the meeting, an experience that Hauber cherished. In the photo of the two brothers, Kevin and Jim Hauber were young boys playing Johnny and Roy with their cat cast as the patient on a backboard. 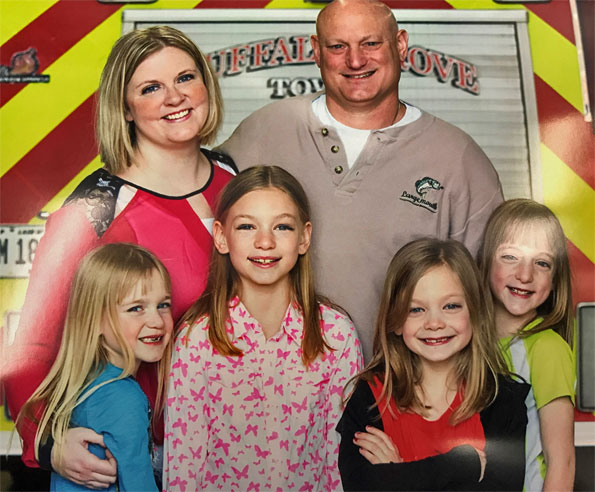 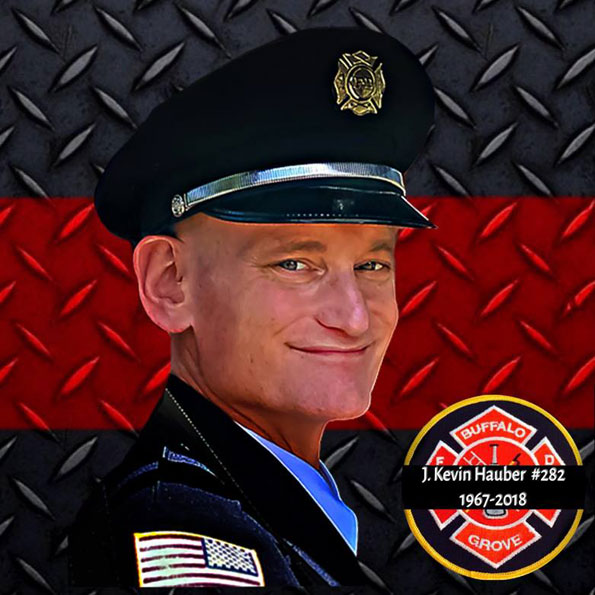