Firefighters discovered a body inside a Jeep by 12:13 a.m. and requested Battalion Chief 3 and investigators respond to the scene.

The Mount Prospect police department also reporting that police officer initially on the scene discovered an unidentified male deceased inside the Jeep. Apparently firefighters were not notified about the police discovery of the body in the initial minutes when they were responding to the scene.

The incident is classified as suspicious, and police said they do not have information that connected the deceased male as the owner of the Jeep. Also, police report that the vehicle and the location where the vehicle was discovered are not known to be connected.

Firefighters on arrival used a hose line to extinguish the fire.

The Major Case Assistance Team was called in to assist Mount Prospect Police Department with the investigation of the death in a burning vehicle case. MCAT was on the scene until about 10:00 a.m. Also, the Jeep, covered by a tarp, was towed away from the scene at about 10:00 a.m.

Firefighters returned to the scene about 10:00 a.m. Friday February 16, 2018 without NWCDS dispatch, and washed down the parking lot where the Jeep was parked. Firefighters cleared away debris and contaminants with water from a hose line.

Apparently an ambulance was not dispatched to the scene, and the body was either removed by a funeral home crew and vehicle; or the Cook County Medical Examiner removed the body, or the body was towed away with the tarped vehicle.

Investigators are likely investigating whether a weapon and gunshots were involved with the vehicle fire. While the case is identified as suspicious, it is unknown whether this is an accidental death, a suicide, or a homicide.

Did the victim fall asleep with his foot on the accelerator? Or did he fall asleep with a lit cigarette lighter in the Jeep? Did he shoot himself? Was he shot by someone before the vehicle was set on fire? These are scenarios that have to be ruled out and understood by the investigators. 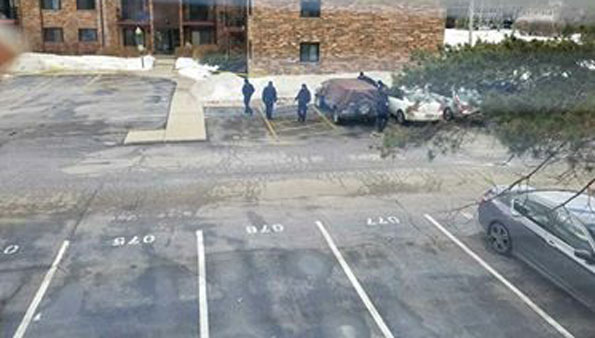 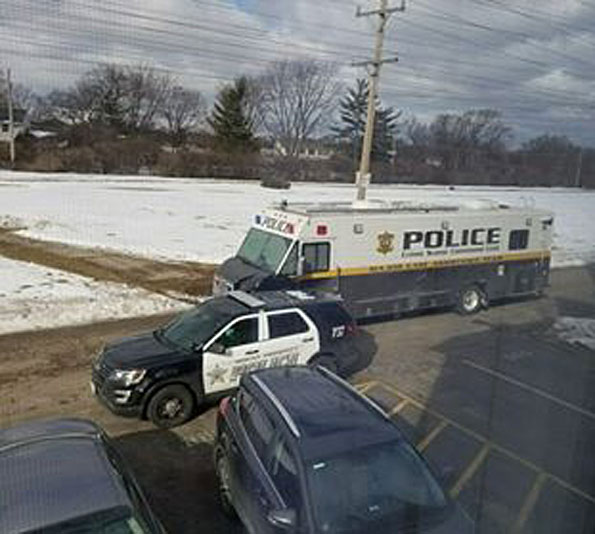