Fox Lake police responded about 4:40 a.m. Monday February 2, 2018 to report of an armed robbery at the Phillips 66 service station at Route 12 and Meade Court.

The offender was described as a white male, 20 to 30 years-old, 5’9″ with a heavy build, according to police. He was wearing a surgical mask or surgical tape and a camouflage scarf covering his mouth and nose. He also appeared to have used the surgical tape cut into strips outlining his eyes. He was wearing a gray fleece hooded sweatshirt and green cargo style pants. 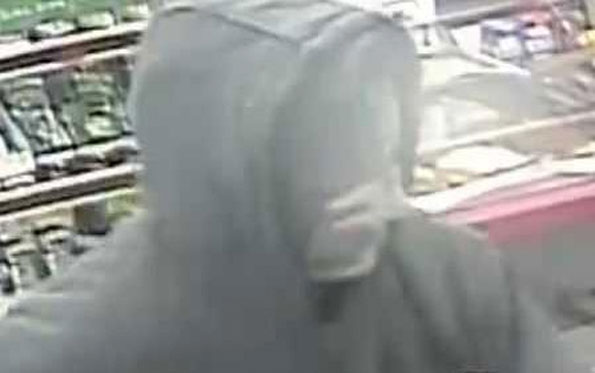