The offender was described as a male with light skin, 5’ 8” to 5’ 10”, wearing a white or light gray jacket with a dark gray hood, and dark-colored pants. The offender’s face was also covered with a blue or purple winter mask with tassels.

The offender was last seen headed south from the area on foot.

The Subway shop is located in the Highland Oaks strip mall at the southwest corner of Weiland Road and Deerfield Parkway.

The offender may have entered a parked vehicle on Bentley Place in a residential neighborhood, just south of the strip mall.

There is only one exit from Bentley Place to Weiland Road, but there was no information about what direction the offender may have traveled on Weiland Road.

Citizens with information about the case are urged to contact the Buffalo Grove Police Department at 847-459-2560. 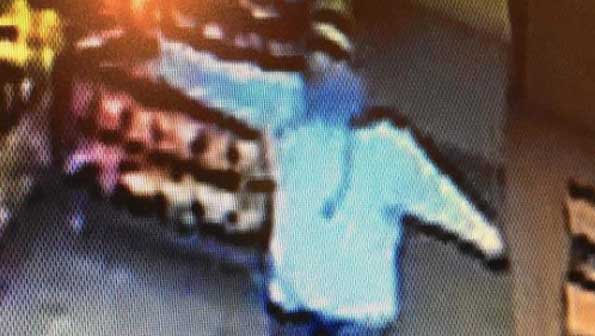