Police arrested Margarito Vargas-Rosas, a 33-year-old Illinois man, aboard a Greyhound bus after a police chase on southbound I-94 that began in Wisconsin and ended just across the Illinois-Wisconsin state border. About 9:45 p.m. Friday, January 12, 2018, multiple passengers called 9-1-1 to report a man on the bus was claiming to have a gun, and was threatening to kill people.

Police in Wisconsin immediately responded to catch up with the Greyhound bus when they received the 9-1-1 calls. Law enforcement officers began chasing the bus in Wisconsin, and the pursuit ended just north of an exit for Illinois Route 173 near Wadsworth, Illinois. The suspect was arrested after a short standoff.

Illinois State Police and Lake County Sheriff’s Deputies (Illinois) were notified by 10:14 p.m. Friday of the pursuit involving multiple Wisconsin police agencies, including the Wisconsin State Patrol, following the Greyhound bus southbound on I-94. The pursuit started in Racine County, and continued on southbound I-94 from Wisconsin into Illinois just after 10:15 p.m. Illinois police agencies were staging to await the arrival of the bus in Illinois along I-94.

Spike strips were deployed in Kenosha County, Wisconsin and in Lake County, Illinois on I-94. The bus driver did not stop when the first spike strip was hit. The bus stopped just north of Route 173 after the second spike strip was hit. At least two tires were damage and flattened by the spike strips. The bus stopped on the right shoulder and was surrounded by several police vehicles. Multiple police agencies surrounded the bus, and initially police believed 48 to 50 passengers were onboard. Today Racine County Sheriff reported there were 37 passengers aboard the bus, including the suspect.

By 10:40 p.m. Friday, police reported they were managing a “possible hostage situation” as they were taking precautions that the suspect had a gun. Later, no gun was recovered on the bus, but the bus was seized after the suspect and passengers were removed, and a thorough search of the bus was underway.

All lanes were blocked in both directions near the incident, and it was reported that all passengers/hostages or most passengers/hostages were off the bus by 12:15 a.m. The offender was reported in custody by 12:24 a.m. Saturday. Initially, it was unknown whether all the passengers left the bus first, or whether the suspect left the bus first. When Vargas-Rosas was removed from the bus, he threatened police investigators.

Passengers were waiting in warming bus(es) until a replacement Greyhound bus arrived, and were also temporarily sheltered at Gurnee Mills Mall. Newport Township FPD firefighter/paramedics were on scene to provide any necessary EMS or rescue operations. 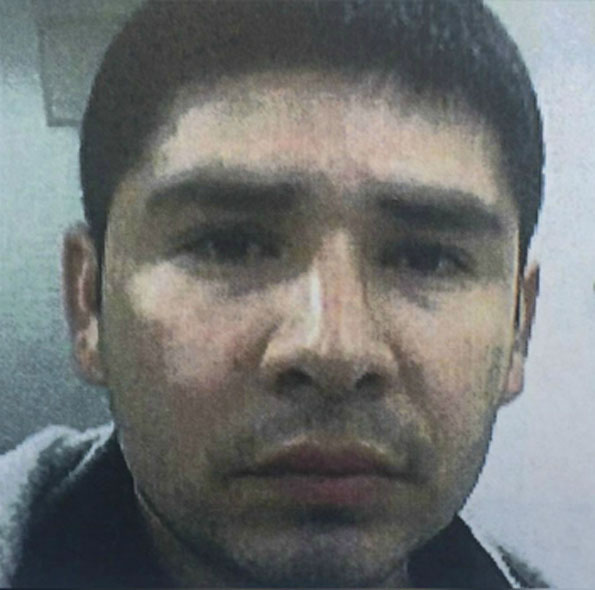