Waukegan police found a human body in an empty swimming pool, outside behind a house in Waukegan early Monday morning January 8, 2018 at 1327 North Jackson Street. The address is the location where a fatal house fire occurred about 5:15 p.m. on December 4, 2017. An 18-year-old girl died as a result of the fire. Friends and family of a missing male teen are worried the body may be Lucio Cambray, 18, who was last seen Monday, December 25, 2017. Cambray was last seen at a gas station by a friend. Cambray told his friend he had to go somewhere, and has not been seen since. The swimming pool is ten blocks from where Cambray was last seen. The house hasn’t been occupied since the fire on December 4, 2017.

Police discovered the body Monday, January 8, 2018 about 12:00 a.m. in a swimming pool that had been drained for the off-season. The pool is located behind a house where the fatal fire was extinguished on Monday, December 4 2017. At approximately 2:30 am the Lake County Coroner’s Office was contacted and responded to the scene.

An 18-year-old girl, who was living in an illegally-modified basement apartment, was rescued by firefighters when she couldn’t escape. The fire victim, Alondra Caballero Negron of Waukegan, was transported to a local hospital and then transferred to Loyola University Medical Center in Maywood. She died Sunday, December 10, 2017 at Loyola University Medical Center. Alondra Caballero Negron is not listed on Cambray’s Facebook friends list, and awareness of a connection between the two has been released by Waukegan Police Department.

The earliest the body can be identified publicly is Tuesday as coroner Dr.Howard Cooper said he needs 24 to 48 hours to complete an investigation. “The decedent has not been identified at this time and an autopsy will be scheduled,” stated Lake County Coroner, Dr. Howard Cooper.

Friends and family of Cambray held a prayer vigil Monday night, after spending Sunday, January 7, 2018 looking for him. Cambray’s mother and father were not at the vigil because they live in Mexico. Cambray’s parents left United States for Mexico in 2008, leaving their children in the United States, where they believed they would be safer than in Mexico.

Any citizens with information on this case are urged to call the Waukegan Police Department “Tip-Line” at 847-360-9001.

The search for a missing 18-year-old has been temporarily suspended, after a body was found in the backyard pool of a Waukegan home this morning. Last month, a girl, also 18, was rescued from a basement fire at the same home. https://t.co/meo7hqohoj 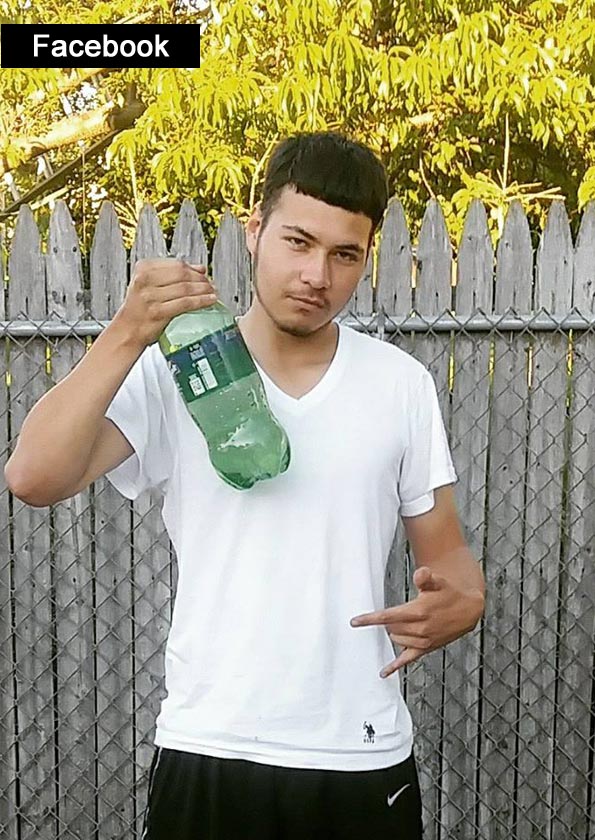