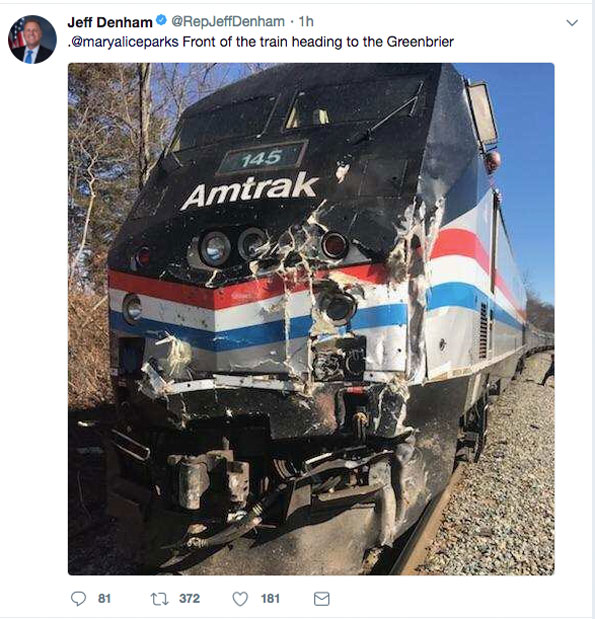 Notice the image from Representative Jeff Denham shows a locomotive with damage at the front of the locomotive, but the locomotive looks different than the locomotive images and video seen from the side of the crash scene taken by other sources.

Compare Representatives Jeff Denham’s image to other images of the train crash. Other images and video showing the crash scene show the train with an “AMTRAK” and logo marking and no Red, White and Blue striping along the front and side of the locomotive. The 145 locomotive is a favorite among railfans because it is a Heritage unit painted in one of Amtrak’s former paint schemes, known as a phase III scheme.

The picture below, tweeted by Mark Knoller, also shows the AMTRAK marking and logo with a more bland paint scheme. The locomotive has blue or turquoise paint marking at the roof near the cabin of the locomotive. There are no Red, White, and Blue stripes on that locomotive. 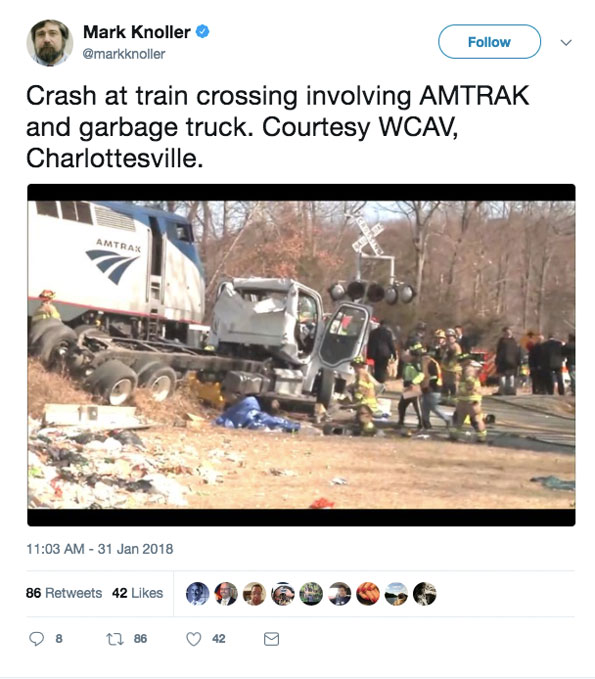 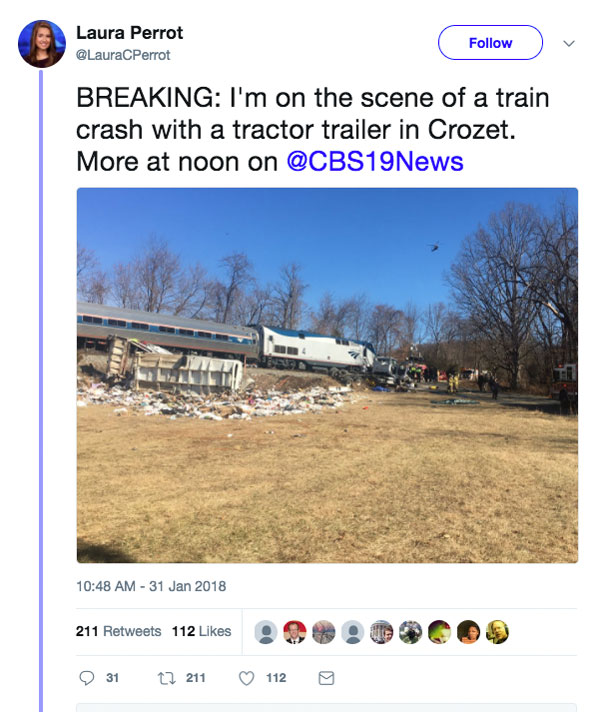 The lead Heritage Unit locomotive, which had at least three wheels derailed, was detached from the rest of the train so that it could return to Charlottesville. The locomotive that was trailing the westbound passenger train became the lead locomotive for the reverse direction trip that carried passengers back eastbound to Charlottesville, Virginia.

The US officials and their families and aides were transferred to buses at the train station in Charlottesville. Under the watch of SWAT teams as a precaution against any hostile threats, the transfer occurred safely. Several buses were scheduled to make the westbound trip to the Greenbrier retreat in West Virginia.