On Monday afternoon December 11, 2017, Judge Victoria Rossetti sentenced Courtney Sherman to three years in prison for her part in the killing of 43-year-old Trinidad Bueno-Sanchez during a botched cell phone robbery April 24, 2017 behind the Meijer store, 750 East Rollins Road, Round Lake Beach. Accused as the mastermind of the cell phone robbery that resulted in the death of Trinidad Bueno-Sanchez, Courtney Sherman faced a possibility of a 5-year prison sentence after pleading guilty to reckless homicide October 4, 2017.

Using the name “Jessie,” Courtney Sherman used the phone app “Offer Up” to arrange a deal to buy a cellphone from Trinidad Bueno-Sanchez for $450, according to Assistant Lake County State’s Attorney.

After meeting with Sherman and a group of juveniles in the store parking lot, Bueno-Sanchez gave Sherman his Apple iPhone 6 in exchange for a sealed envelope that had $450 written on it, authorities said. But when Bueno-Sanchez checked inside the envelope, he found only three $1 bills and Walmart receipts.

When Bueno-Sanchez discovered the incorrect cash amount in exchange for his Apple iPhone, he grabbed the teens’ car to question them, Assistant Lake County State’s Attorney Eric Kalata said. Courtney Sherman, then age 18, told the juvenile driver to “go” and the juveniles fled in the car, dragging Bueno-Sanchez in the Meijer parking lot, authorities said.

Bueno-Sanchez hung on to the car before falling and landing on the ground with his striking his head the pavement, causing a fatal head injury.

Courtney Sherman’s attorney James Schwarzbach said all of the teens in the vehicle told the juvenile driver to “go.” A total of three teen girls have been charged in the death of Trinidad Bueno-Sanchez, who was left unconscious in the parking lot.

Earlier, the juvenile driver and front seat passenger were charged with reckless homicide and robbery, Kalata said. Both have since taken plea deals, though the terms were not disclosed.

Schwarzbach said Courtney Sherman will be eligible for day-for-day credit while in prison, as well as 245 days credit for time already served in Lake County jail. 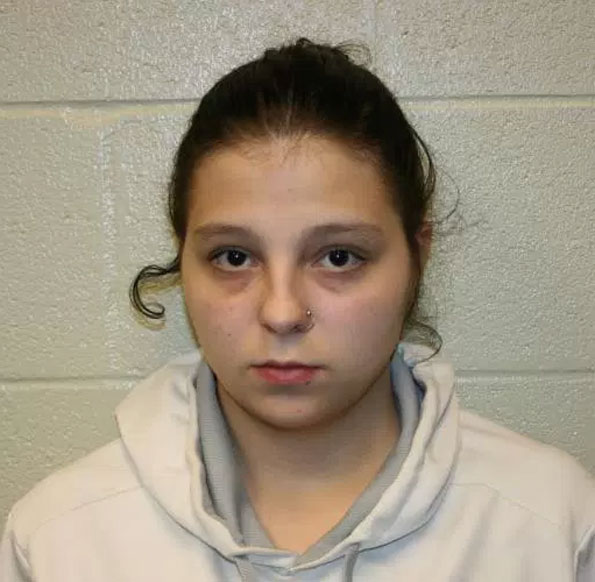