The FBI reports that a man, who is a convicted bank robber, was the man they believe was responsible for bank robberies in a TCF Bank inside two Jewel-Osco Stores last week in Schaumburg and West Dundee.

Bank robbery suspect Tony Hildebrand, age 41, with a last known address of Algonquin, was charged with robbing the TCF Bank at 2501 West Schaumburg Road in Schaumburg, and the TCF at 1250 West Main Street in West Dundee.

Hildebrand left with approximately $700 from the Schaumburg TCF at about 7:00 p.m. Monday, November 6, 2017, according to federal court documents. Hildebrand, allegedly gave a note to a teller with the words, “No alarm I’m Listing (sic) To scanner, 100’s + 50’s Now Quietly.” There are no known police scanner radios that can listen to Schaumburg Police Department’s communications.

Hildebrand was identified as the robber in Schaumburg and West Dundee after people familiar with the suspect viewed bank surveillance images, according to the FBI. The November 6 robbery was the second time Hildebrand robbed the Schaumburg TCF.

Federal court records show Hildebrand pleaded guilty to robbing the Schaumburg TCF and a TCF Bank in a Hoffman Estates Jewel-Osco in December 2010.

A judge at a hearing Thursday, November 16, 2017, ordered that Hildebrand be detained. Garrett Croon, a spokesman for the FBI Chicago office, credited police departments from Elgin, Lisle, Schaumburg, and West Dundee for successful work in the investigation. 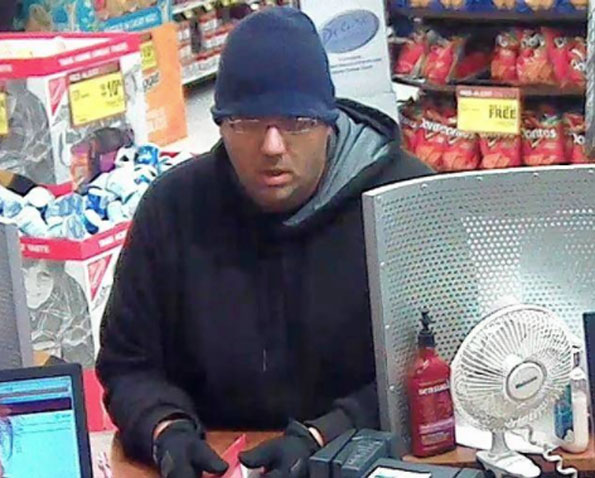