Barrington police and firefighter/paramedics responded about 10:30 pm. Friday November 10, 2017 to a report of a vehicle fire in the block of 1500 South Grove Avenue in Barrington. The vehicle on fire was an Infiniti QX70 registered to Julie Gagne, who lives in Barrington about 1.5 miles north of the scene of the vehicle fire.

Gagne has been charged with arson, disorderly conduct, and filing a false police report.

Schaumburg Deputy Police Chief Dan Roach said Gagne was in the village when she reported auto theft of her SUV. “She was at a restaurant, and she called to say her car was missing when she came out of the restaurant,” Roach said.

Gagne later retracted the report that her 2016 Infiniti QX70 was stolen, and a police investigation discovered that Gagne used an X15 Flamethrower manufactured by Ohio-based XMatter to torch the SUV. The flamethrower, which costs about $1,600 uses a mixture of about 3 gallons of fuel and napalm, which is a mixture of gel and gasoline or other flammable fuel, to facilitate using about 4,000 PSI to “throw” a stream of fire as far as 50 feet for a duration of 60 seconds.

Barrington Police Chief David Dorn said the flamethrower, which is legal in Illinois, was left near the SUV on Grove Avenue. Police learned that Gagne bought the device online. The manufacturer, XMatter, lists a starting price of $1,600 for the X15 model personal flamethrower. XMatter’s official website publishes that the flamethrowers are used for controlled burns and ground-clearing, clearing brush, clearing snow and ice, incineration of weeds and insect pests, and pyrotechnic events and movie props.

Gagne turned herself in to Schaumburg police with the legal assistance of an attorney Tuesday, November 21, 2017. Dorn said a motive for the arson is not yet known and that the flamethrower is in the custody of the Barrington Police Department.

In some locations, possessing a flamethrower without a permit is a felony. 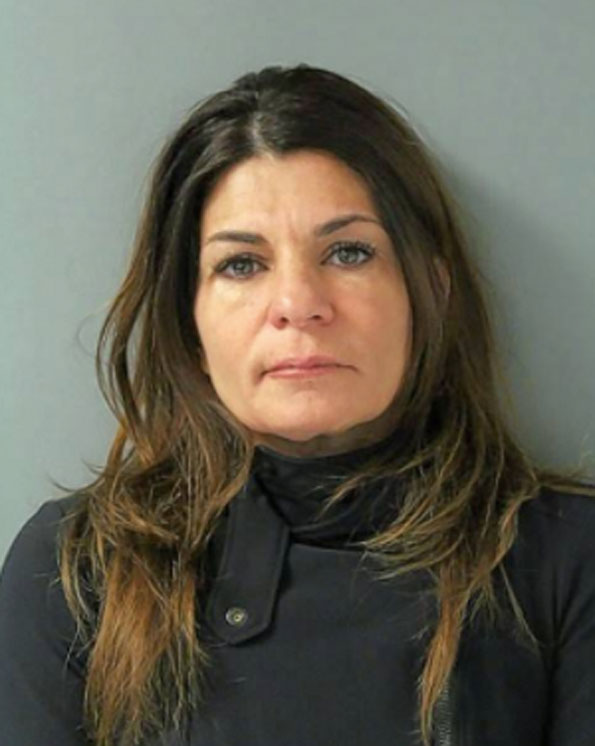