A shut down of the popular local news and culture sites DNAinfo Chicago and more was announced today, one week after editors and reporters joined a union.

Chicago Cubs owner “Joe” Ricketts, who found DNAinfo.com in November 2009, announced the closures today, November 2, 2017, on all of the news websites. When readers visited the websites, they were met by a letter announcing — among other explanations — that “progress on the business has not been sufficient to support the tremendous effort and expense needed to product the type of journalism on which the company was founded.”

Apparently at least some of the websites were down before DNAinfo reporters were informed of the decision.

The latest tweet from @DNAinfoCHI was posted at 1:43 p.m. on November 2, 2017, but the referred article has been re-directed to a letter from Joe Ricketts …

I started DNAinfo in 2009 at a time when few people were investing in media companies. But I believed an opportunity existed to build a successful company that would report unbiased neighborhood news and information. These were stories that weren’t getting told, and because I believe people care deeply about the things that happen where they live and work, I thought we could build a large and loyal audience that advertisers would want to reach.

A lot of what I believed would happen did, but not all of it. Today, DNAinfo and Gothamist deliver news and information each day to over half a million people’s email inboxes; we have over 2 million fans across our social channels; and each month, we have over 15 million visits to our sites by over 9 million people. But more important than large numbers of visits and fans, we’ve reported tens of thousands of stories that have informed, impacted, and inspired millions of people. And in the process, I believe we’ve left the world a better place.

But DNAinfo is, at the end of the day, a business, and businesses need to be economically successful if they are to endure. And while we made important progress toward building DNAinfo into a successful business, in the end, that progress hasn’t been sufficient to support the tremendous effort and expense needed to produce the type of journalism on which the company was founded. I want to thank our readers for their support and loyalty through the years. And I want to thank our employees for their tireless effort and dedication.

I’m hopeful that in time, someone will crack the code on a business that can support exceptional neighborhood storytelling for I believe telling those stories remains essential.

DNAinfo Senior Editor Justin Breen left the company in June 2017 to start his own communications and public relations business.

“Oh my god this is horrible news. So devastated. DNAinfo was built from scratch with guts and nonstop hard work. In shock right now. I owe everything to DNAinfo”

The shutdown is estimated to put about 100 journalists out of work. Employees will receive three months full salary designated as “administrative leave” and four weeks of severance, according to the company.

Joe Ricketts is the also founder, former CEO and former chairman of TD Ameritrade, one of the largest online discount brokerages in the world.

In the 2016 presidential election, Ricketts donated at least one million dollars in support of Donald Trump, and raised funds for the Future45 Super Pac and the 45Committee, a pro-Trump 501(c)4 organization that is not required to disclose its donors.

In 2010, Ricketts led a campaign against earmarks and what he perceived to be wasteful federal spending. Ricketts founded an independent organization called Taxpayers Against Earmarks that classified every Member of Congress as either a spending “hero” or “hooligan. 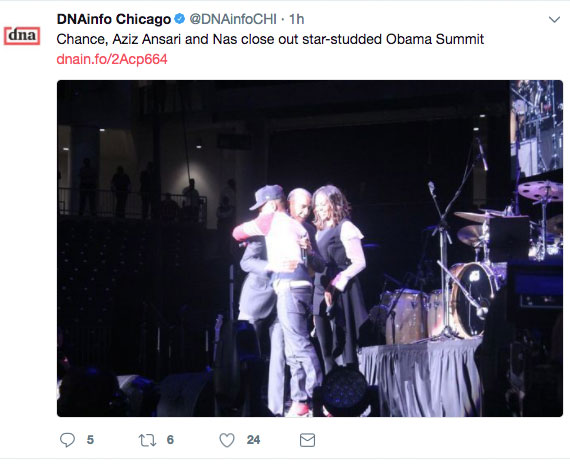