Barrington police responded about 7:45 p.m. Monday October 30, 2017 to the aggravated battery of a police officer by a male driver that occurred in front of the Barrington Police Department, 400 North Northwest Highway in Barrington.

Police said a dispatcher received a 9-1-1 call at 7:38 p.m. Monday from a driver who stated he believed he was being followed. Dispatchers instructed the person to drive to the police station.

About 7:40 p.m., two Barrington police officers stopped a man, who they believe to be Atlas A. Davis, after he drove on Northwest Highway near the Barrington Police Headquarters. Police were investigating the incident when Davis apparently decided to flee. Davis then accelerated and hit one of the officers, who was trying to stop him from leaving the traffic stop.

A short police pursuit ensued, as Davis fled southbound on Northwest Highway and then westbound on Lake Cook Road. The pursuit was terminated when the estimated speed of the Nissan was near 100 mph. The Nissan was last seen near Lake Cook Road and Algonquin Road in Algonquin, IL.

With the efforts of area police departments, Atlas A. Davis, of the 3400 block of West Polk Street in Chicago, was captured near his mother’s home in Addison. Barrington Police Department credited several law-enforcement agencies with helping locate Davis before Addison police assisted in his arrest.

Police say the Barrington officer suffered injuries that were apparently non-life-threatening injuries when he was hit by a Nissan that Atlas A. Davis was driving. The police officer was released Tuesday, October 31, 2017 from Advocate Good Shepherd Hospital.

“He is recovering from his injuries and will need medical follow-up before he can return to full duty.” 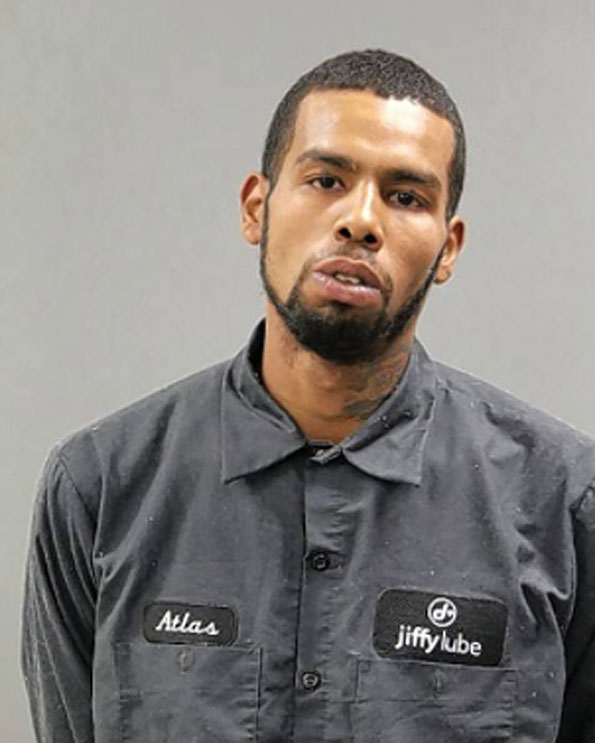