Arlington Heights police did not charge a 57-year-old Arlington Heights man with a crime, when his loaded gun was apparently carried on school property, and was — according to its owner — dropped accidentally on the school grounds of Ivy Hill Elementary School, where it remained for a period of a little over an hour Sunday morning, October 29, 2017.

Surveillance video cameras that captured the moments before and after a loaded .22 caliber, mini-revolver was found recently outside Ivy Hill Elementary School in Arlington Heights helped police corroborate a claim from a resident that he mistakenly dropped his gun while walking his dog, according to Arlington Heights police. Initially police were focusing on a segment of low resolution video that was believed to show misplacement of the gun on Saturday night, October 28, 2017 about 7:36 p.m. That assumption, based on low resolution video, was ruled out Monday, October 30,2017 when the gun owner reported his gun missing, and police reviewed additional video.

Three specific video segments recorded by surveillance cameras on school grounds, including one from Saturday evening, October 28, 2017 and two from Sunday morning October 29, 2017 helped police trace the timeline of the misplacement of the gun by the owner and the discovery of the gun by another person.

Police received a report of the discovery of the gun after a father and his son were walking their dog on the morning of Sunday, October 29, 2017. The father discovered a revolver near the parking lot sidewalk north of the flagpole area on the school’s property at 2211 North Burke Drive and immediately called police. That segment of low resolution video shows the father picking up the apparent gun near the edge of the sidewalk where cut grass borders the sidewalk, and probably at least 20-30 feet from the flagpole.

Police arrived immediately and searched outside of the school, and entered the school to ensure the Ivy Hill Elementary School building was safe for students to attend class on the upcoming Monday, October 30, 2017 school day. Arlington Heights reviewed surveillance video taken by cameras located on the north side of the Ivy Hill Elementary School entrance, outside of the school entrance, including a segment from about 7:36 p.m. Saturday, October 28, 2017.

During the day Sunday, no alert was disseminated to the general public about the discovery of the gun on the public school’s property.

The Saturday video covering the time period about 7:36 p.m. to 7:37 p.m. shows a group of teenagers walking outside the school — westbound away from the school building between the southwest corner of the north parking lot and the north entrance/exit of the school. Also, a little earlier in the segment, a teen is recorded walking eastbound. He appears to reach into a pocket.

Police were misled because of the low resolution of the video, thinking the teenager made a hand motion that appeared to show him throwing something on the ground. Consequently, police initially focused their investigation on the placement of the gun on the school property about 7:36 p.m. on Saturday, October 28, 2017.

Police soon had a reason to rule out that placement, and expand the video review for the investigation.

On Monday morning October 30, 2017 a 57-year-old resident arrived at the police station and reported that he owned the missing gun. He said he read media reports about the found gun.

The Arlington Heights gun owner told police the gun must have fallen out of the pocket of his cargo pants while he was walking his dog Sunday morning. Police investigators reviewed more surveillance video from Sunday morning October 29, 2018.

In the video segment from Sunday morning about 8:09 a.m., the 57-year-old man is seen walking south on Burke Drive with his dog, and then eastbound on the sidewalk between the school building and the north parking lot. The leashed dog begins to lunge toward a squirrel that runs by from east to west. The dog and the owner take a sharp turn and run together, following the squirrel onto a grassy area between the sidewalk and the flagpole. They are last seen walking west out of the field of view of the security camera. Police believe this is the segment of the video that shows the misplacement of the gun. The video is such poor quality that video viewers can’t see the gun fall out, and can’t see the gun in the grass or on the sidewalk.

A third segment of surveillance video about an hour later on Sunday morning, October 29, 2017, also shows a man and his son walking their dog westbound on the same sidewalk. The man stops in his tracks and backtracks eastbound about 5-10 feet. He reaches down with his left hand to pick something up off the ground while motioning for his son to stay back with his right hand. The son stays back about 10 feet.

Police concluded this video showed the man, that reported the found misplaced gun, finding the gun.

Police investigated whether the resident could possibly be covering for someone else, but the second video segment about 8:06 a.m. Sunday October 29, 2017 matched the report of the gun owner’s walking activity that he stated occurred when he first reported the gun missing.

The strange part of the account is that the police must have initially assumed the gun was somehow moved from the base of the flagpole area to the edge of the sidewalk/grass more than 20 feet away — considering their investigation was focusing on the video segment from 7:36 p.m. Friday night near the flagpole, and they knew where the gun was actually discovered. That scenario would have placed the loaded gun lying on school property overnight and into the morning for a period of over 12 hours. In fact, the gun was only on school property for a little over an hour on Sunday morning, October 29, 2017. The flagpole is surrounded by concrete. The gun apparently fell in a grassy area near the sidewalk.

(a) A licensee under this Act shall not knowingly carry a firearm on or into:

(1) Any building, real property, and parking area under the control of a public or private elementary or secondary school.

Police say, the gun owner was not charged with a crime, because he said he lost the gun, and because he contacted police about the missing gun about 24 hours after it was misplaced. Illinois state law requires that a gun owner must report a missing gun within 72 hours.

Police also said the man has a valid Firearm Owners Identification (FOID) card, an Illinois Concealed Carry permit, and documentation that he purchased the gun. The gun remained in police custody while Arlington Heights police were awaiting confirmation from federal officials regarding the gun’s ownership.

Since the Arlington Heights resident was not charged with a crime, his name was not released. 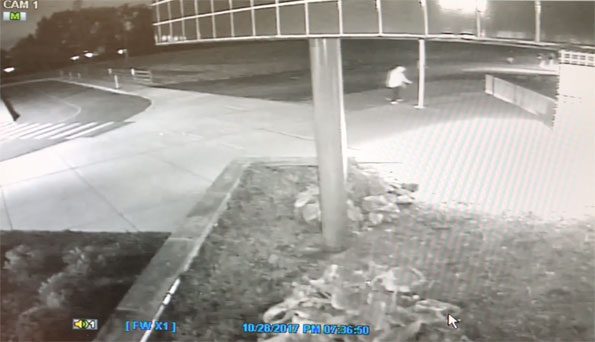 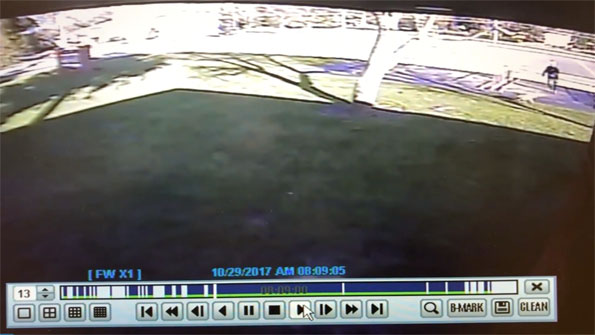 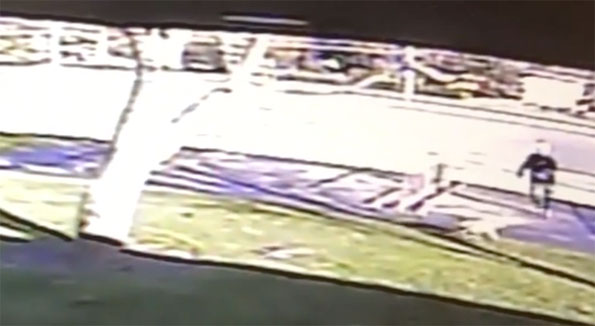 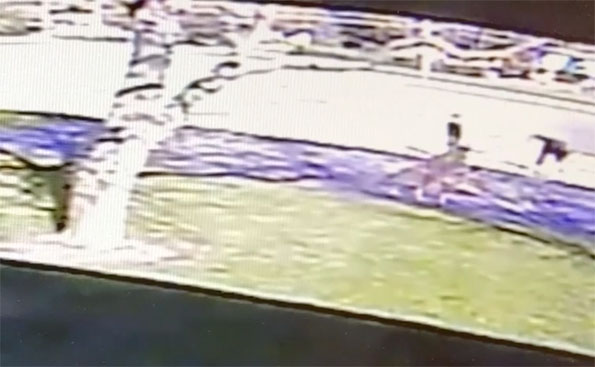