Palatine police and firefighter/paramedics responded about 8:45 a.m. Wednesday October 11, 2017 to a report of a pedestrian hit by a vehicle in a parking lot at Palatine High School, 1111 N Rohlwing Road. A Palatine high school female student was struck in a one-way drop off lane by an alleged reckless driver.

The female Palatine High School student was transported by Palatine Fire Department firefighter/paramedics to Northwest Community Hospital in Arlington Heights. The student suffered obvious injuries to her head and lower extremities, and was treated and released from the hospital.

Police say the 23-year-old driver of a 2007 Audi A4 was going the wrong way while driving in reverse at a high rate of speed in a school parking lot when he struck a 17-year-old female student. The area where the student was hit was a one-way student drop off lane. The student was walking through a marked crosswalk, according to Palatine Police Department.

The driver of the Audi A4, Gerson M. Aguilar-Torres, of the 0-99 block of Dundee Quarter Drive, was charged with felony counts of aggravated reckless driving and aggravated driving while license suspended. During a court hearing Thursday, Aguilar-Torres was also charged with violating probation based on a previous DUI conviction. A judge set bail at $125,000.

The driver and two passengers in the Audi A4 were not injured. 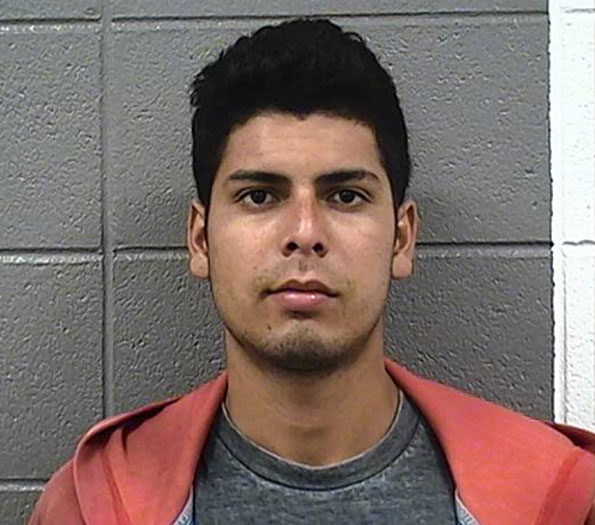