The suspects were described only as two male blacks — one armed with a handgun.

The suspects were reported to have fled in an older, silver beater van that was last seen southbound on Route 53, and heading eastbound on I-90.

The suspects possibly tried to make a switch of vehicles near Arlington Heights Road and Higgins Road near Busse Woods Elk herd pasture by about 10:45 a.m. Police were in pursuit of silver Hyundai Sonata that was occupied by three male/black subjects. The two armed robbery suspects may have been picked up by a third subject — the driver of the Hyundai Sonata. 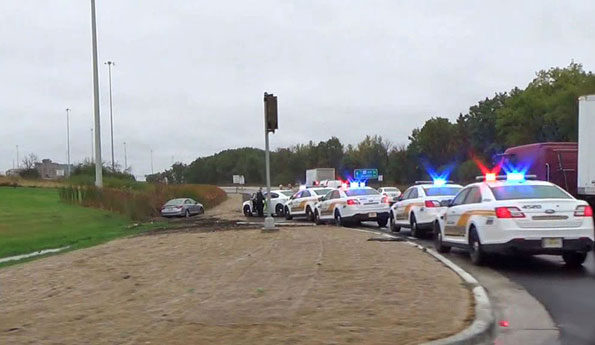 At least one male/black suspect was in custody just east of the Route 53 viaduct on the north side of Higgins Road (Route 53). He was transferred to a Lake County Sheriff’s squad car at about 11:53 a.m.

Police were searching the area of the embankments of Route 53 with a K-9. It is unknown whether any suspects were at large or whether the K-9 was only searching for evidence.

At least 15 police vehicles and officers were staged or working on the west side of Route 53, just north of Higgins Road on the West Frontage Road of Route 53. 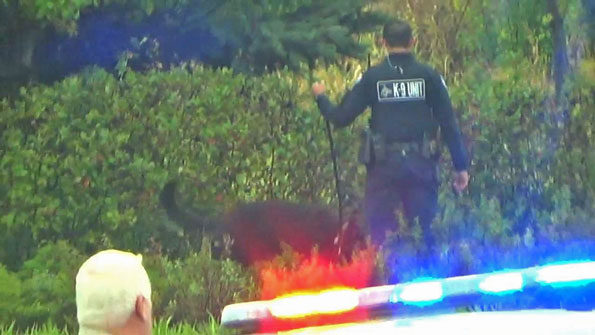 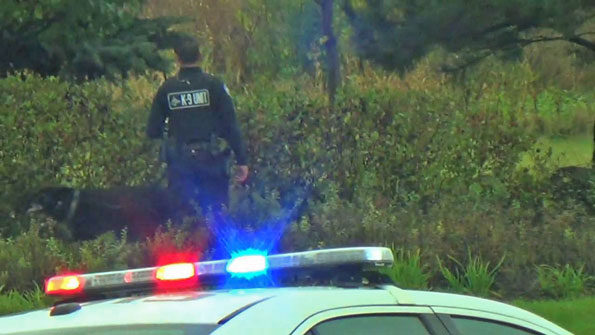 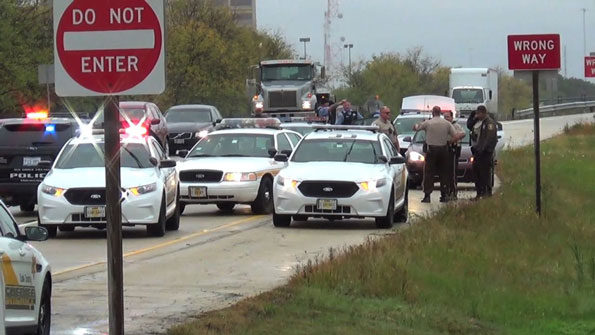 Police activity at Higgins Road and Route 53 after an armed robbery in Deer Park in Lake County.