Chicago police pulled over a male driver for speeding about 15-20 mph over the speed limit just after 8:00 a.m. Saturday, October 7, 2017 in the block of 5800 Cumberland Avenue, near the Kennedy Expressway.

During the traffic stop, the police initially found a handgun inside the vehicle, then a more extensive search revealed an AR-15 rifle and a pressure cooker in the vehicle’s trunk. Police determined the pressure cooker was not prepared as a weapon after the CPD Organized Crime Bureau and Joint Terrorism Task Force and FBI investigated.

Santos Zamora was charged with a felony count of aggravated unlawful use of a weapon for carrying a loaded gun in the vehicle. Zamora was also issued traffic citations for speeding 15-20 mph above the speed limit and operating a motor vehicle without insurance. The other occupants of the vehicle were released without charges.

UPDATE: A Wisconsin man was charged when police found a loaded gun in a vehicle leaving O'Hare https://t.co/NjUFGf2WPw pic.twitter.com/8fk8O3FOhu 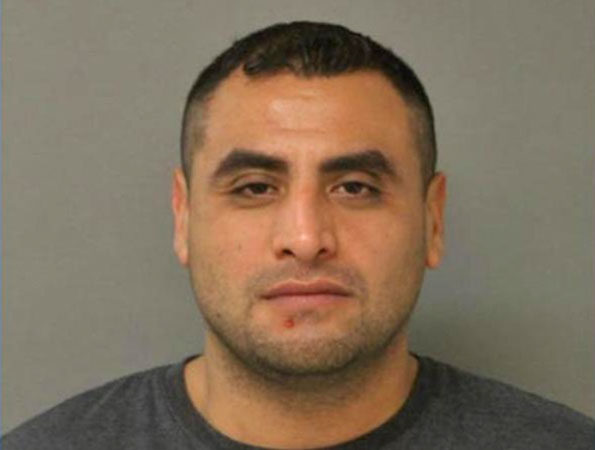 Tonight: Patchy fog after 4am. Otherwise, clear, with a low around 57. South southeast wind around 5 mph becoming calm in the evening.

Columbus Day: Patchy fog before 7am. Otherwise, sunny, with a high near 77. Calm wind becoming north northeast around 5 mph in the afternoon.

Monday Night: Partly cloudy, with a low around 56. North northeast wind 5 to 10 mph.

Tuesday: A 30 percent chance of showers after 1pm. Partly sunny, with a high near 66. Northeast wind around 10 mph, with gusts as high as 15 mph.

Tuesday Night: Showers likely and possibly a thunderstorm. Mostly cloudy, with a low around 55. Chance of precipitation is 70%.

Wednesday: A 30 percent chance of showers, mainly before 1pm. Partly sunny, with a high near 67.

Wednesday Night: Partly cloudy, with a low around 55.

Thursday: Mostly sunny, with a high near 71.

Thursday Night: Mostly clear, with a low around 55.

Friday Night: A chance of showers. Partly cloudy, with a low around 60.

Saturday: A chance of showers. Partly sunny, with a high near 76.