A walk along the lakefront turned into a violent robbery Tuesday night, when a man was thrown into Lake Michigan near the Shedd Aquarium after he was mugged. CBS 2’s Susanna Song reports.

Chicago police, firefighters, and paramedics responded just after midnight Wednesday September 27, 2017 near the Shedd Aquarium, 1200 South Lake Shore Drive after a man reported he was mugged, beaten, robbed and thrown into Lake Michigan while he was walking on the jogging path.

The 23-year-old male victim reported that several men and a woman approached him and started to beat him. The mob took his backpack and cellphone, threw him into Lake Michigan, and fled the scene.

The man swam to safety, climbed to shore and called 9-1-1.

The victim was able to walk to Chicago Fire Department Ambulance 41, and was transported by CFD paramedics to Northwestern Memorial Hospital.

No descriptions of the suspects were initially released, but surveillance video near John G. Shedd Aquarium is being investigated by Area Central Detectives. 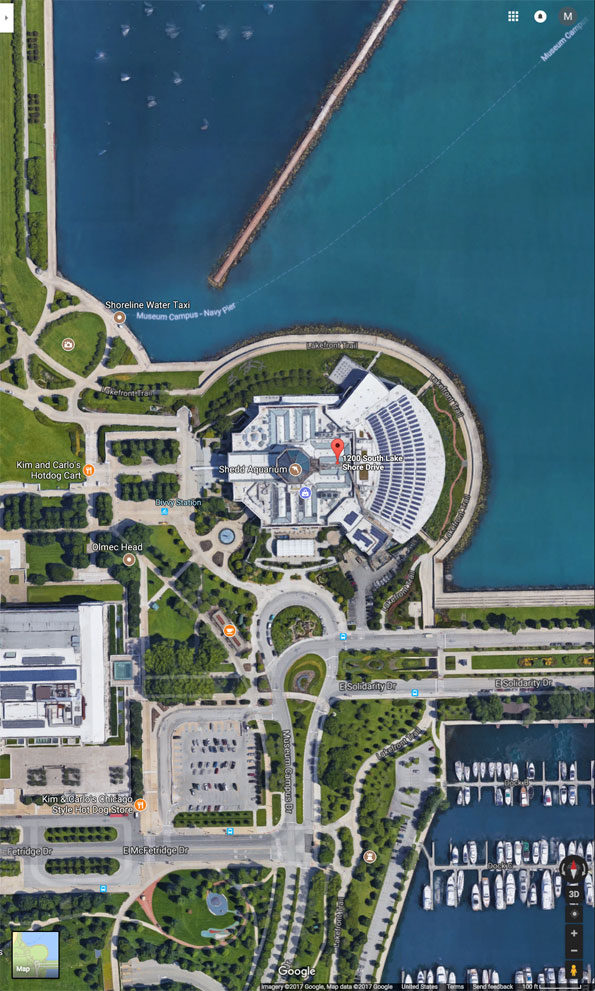