A major earthquake struck Mexico City at 18:14:39 UTC (1:14:39 PM CDT). The powerful earthquake affected central Mexico on Tuesday, September 19, 2017, causing buildings to sway and facades to collapse from large buildings. The earthquake occurred on the anniversary of a 1985 quake that did major damage.

Today’s earthquake is the deadliest earthquake since the September 19, 1985 earthquake that killed at least 5,000.

Ninety people were killed Thursday, September 7, 2017 when an 8.2 magnitude earthquake affected especially the southern states of Chiapas, Tabasco and Oaxaca.

Praying for everyone in Mexico City. pic.twitter.com/vs4kQcmOx7

Mexico City during the earthquake. pic.twitter.com/udERTj2Scs 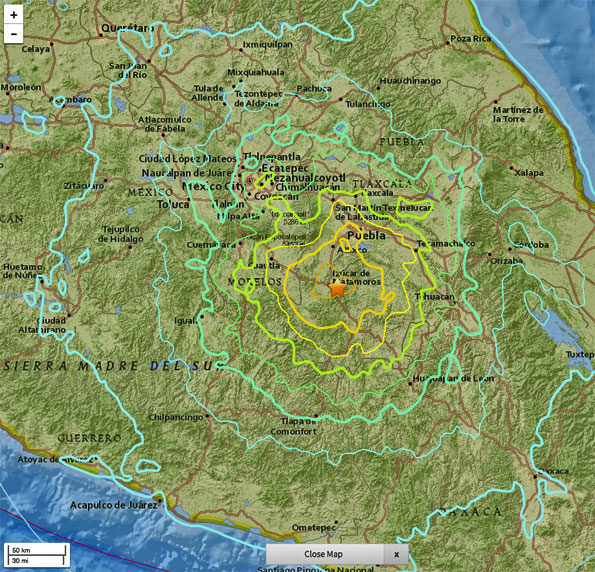 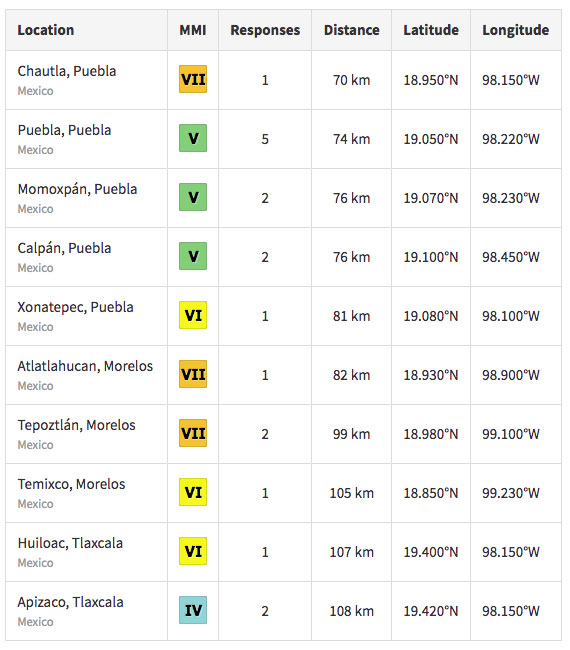