Chicago resident Kevin Slewo, on parole for assaulting a police officer, was arrested Friday September 1, 2017 following an altercation with a Prospect Heights woman.

Prosecutors said Friday that Slewo pushed the woman at her Prospect Heights home about 10:00 a.m. Wednesday, displayed a firearm and threatened to kill her. During a struggle, a second woman took the gun from him and hid it in the apartment where the struggle was occurring, according to Cook County Assistant State’s Attorney Caitlin Casey.

During the altercation, the woman’s dog attacked Slewo. He fled the apartment, and Prospect Heights police, who responded to a 911 call for help, recognized Slewo walking nearby a short time later.

Kevin Slewo, age 26, was charged with misdemeanor battery, possession of a controlled substance and possession of a firearm by a felon. Slewo was ordered held on $200,000 bail Friday.

Slewo is on parole for assaulting a police officer and for possession of a controlled substance. He appeared in bond court Friday afternoon with bandages on his left forearm and right wrist, and a bandage around his head that covered both ears. Authorities did not confirm whether the dog caused his injuries.

Police recovered a .38 caliber gun from the woman’s apartment, but Slewo denied he brought the gun, according to Casey.

Slewo is scheduled to appear in Cook County Circuit Court in Rolling Meadows on September 22, 2017. 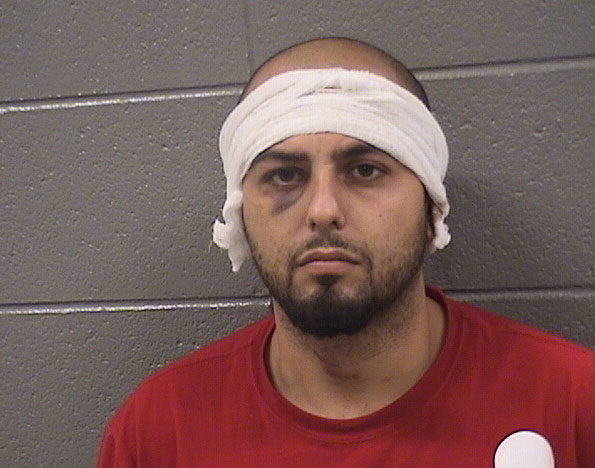