McHenry police responded about 2:38 a.m Wednesday to a report of an armed robbery at the Shell Gas Station, 3110 West Elm Street, McHenry.

McHenry police received a report that a man entered the Shell gas station building through the front door, and approached an employee behind the front counter. The offender displayed a handgun, and demanded cash and merchandise. An undisclosed amount of money was handed over.

The man was described as 5’10” to 5’11” with a thin to medium build, short brown hair, wearing blue jeans, a gray hooded zip-up sweatshirt, a black bandana with white flower print concealing his face, glasses and gloves.

No direction of travel of the fleeing suspect was available. 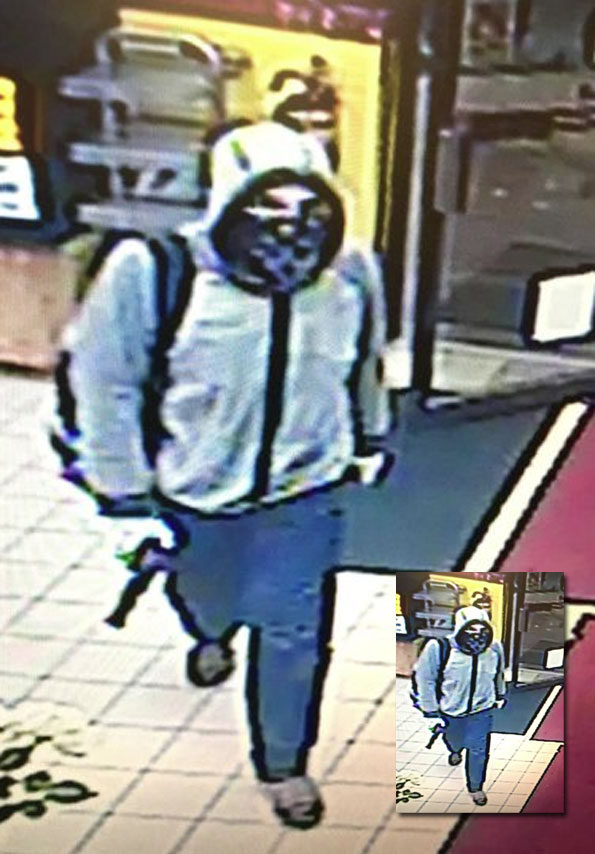