Crystal Lake police and firefighter/paramedics responded about 8:00 p.m. Thursday August 3, 2017 to a report of a female armed with a knife to a home in the block of 100 Marian Parkway.

While responding, police were updated that there was also a male with a handgun at the home.

When police arrived, they discovered two females with multiple gunshot wounds, and a semiautomatic handgun. Both females were pronounced dead at the scene, after police and firefighter/paramedics attempted rescue the victims.

Juan Viveros told CBS Chicago he was playing video games in the house on a play date with two boys, ages 6 and 9, when the boy’s mother and father began to argue.

“I heard that they were fighting, and then soon I heard a scream, and then bangs,” Juan Viveros told CBS Chicago. “We didn’t know what was happening, so I just hid under (the bed).” The two other boys also hid in the bedroom.

Police escorted the young boys to safety out of the house, covered with a blanket, so they wouldn’t see the crime scene.

Police took the male into custody and identified him as the older victim’s husband. Ryan Yarber, 31, of Crystal Lake faces four counts of first-degree murder charges in the deaths of his wife Allania S. Yarber, 31, and a 15-year-old girl at their residence on Marian Parkway, Crystal Lake.

Ryan Yarber is being held in McHenry County Jail.

Neighbors report that Ryan Yarber worked as a security guard after moving to Illinois from Oregon.

A 31-year-old man, Ryan Yarber, has been charged with killing a 31-year-old woman and a 16-year-old girl Thursday night at a home in northwest suburban Crystal Lake. CBS 2’s Susanna Song reports. 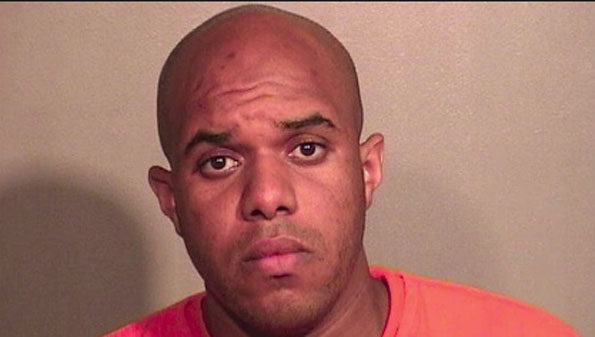