Peacock Spider Dances To Save His Life on The Dodo.

The red, blue and black colored males have flap-like extensions of the abdomen with white hairs that can be folded down. They are used for display during mating: the male raises his abdomen, then expands and raises the flaps so that the abdomen forms a white-fringed, circular field of color. The species, and indeed the whole genus Maratus have been compared to peacocks in this respect. The third pair of legs is also raised for display, showing a brush of black hairs and white tips with John Travolta dance-like moves.

If the male continues his dance when the female is not interested, she attempts to attack, kill, and feed on him; she may also do this after mating (sexual cannibalism).

The spider species belongs to the genus Maratus (peacock spiders).

These spiders have been known to jump from 10 to 50 times their own body length by suddenly increasing the blood pressure in the third or fourth pair of legs, and the male is known to jump away during mating if the female approaches too quickly 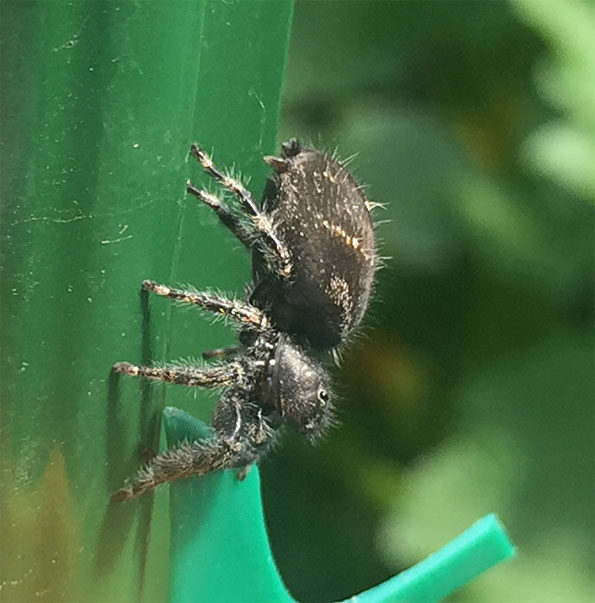 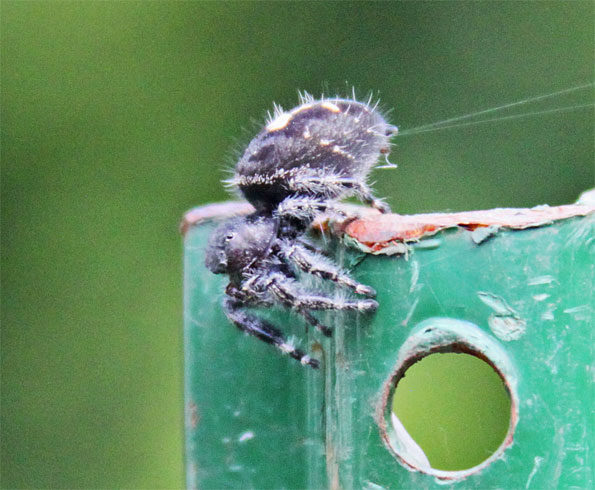